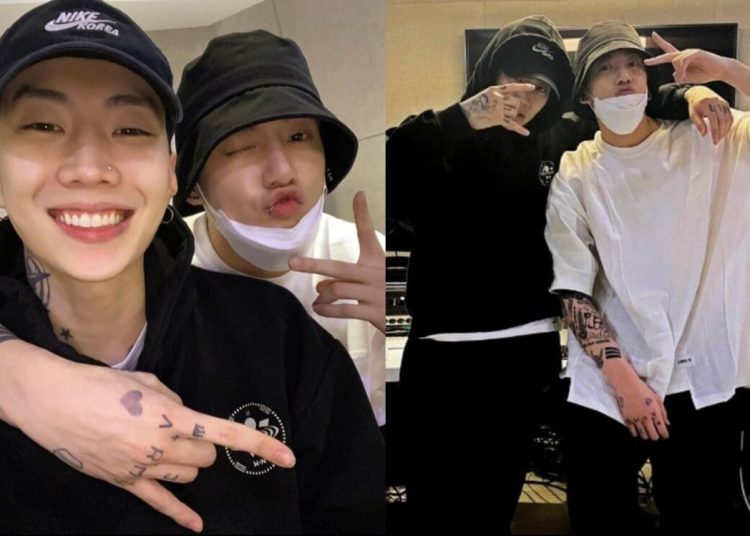 Jay Park and BTS‘ Jungkook revealed their friendship to the world; however, the news caused a split reaction in the BTS fandom. The interaction between the two artists brought to mind the moments when the rapper and producer faced the ARMY.

On Tuesday, April 19th, aware that there was an ironic trend in response to his meeting with BTS’ maknae, Jay Park gave the following response:

“I hope everyone is safe and sound. Peace and love to all humans #JKhostagesituation”

hope everyone keeps safe and healthy. peace and love to all humans ❤️????????#jkhostagesituation

Jay Park is characterized by expressing his opinions without fear of criticism. One of the first incidents was in February 2020, when the artist wrote that “BIG BANG was probably the biggest Kpop boy band in history” and listed all the virtues of the quintet.

Since BTS already had wide recognition by then, the fandom disagreed with him and listed all the records obtained by the group. Days later, the fragment of a radio interview where Jay Park mentioned the stereotype that affects his projects went viral.

“In Korea, I am considered too provocative. In America, everyone thinks I’m K-pop, they think my music will be like BTS’…

so they ignore my songs“

The ARMY fandom accused him of disrespecting Bangtan. The rapper defended himself by acknowledging the impact of BTS, and also compared his own trajectory with that of the septet.

“Breaking all kinds of records is inspiring. Plus they listened to my song “Yatch”, bonus points for that”, he joked.

“What BTS did for K-pop, what Jay Park did for K-Hip Hop, what Bong Joon Ho did for Korean cinema. They are all different spheres, but just as historic”, he expressed.

In June of that year, Park again released a phrase that did not sit well received on social media: “Not all Korean music is BTS“. This happened when someone reacting to his songs said “since when did BTS become rappers?“. He clarified that he produced a different style of music because not all Korean music is the same.

Taylor Swift is culture: A University will teach a subject about her