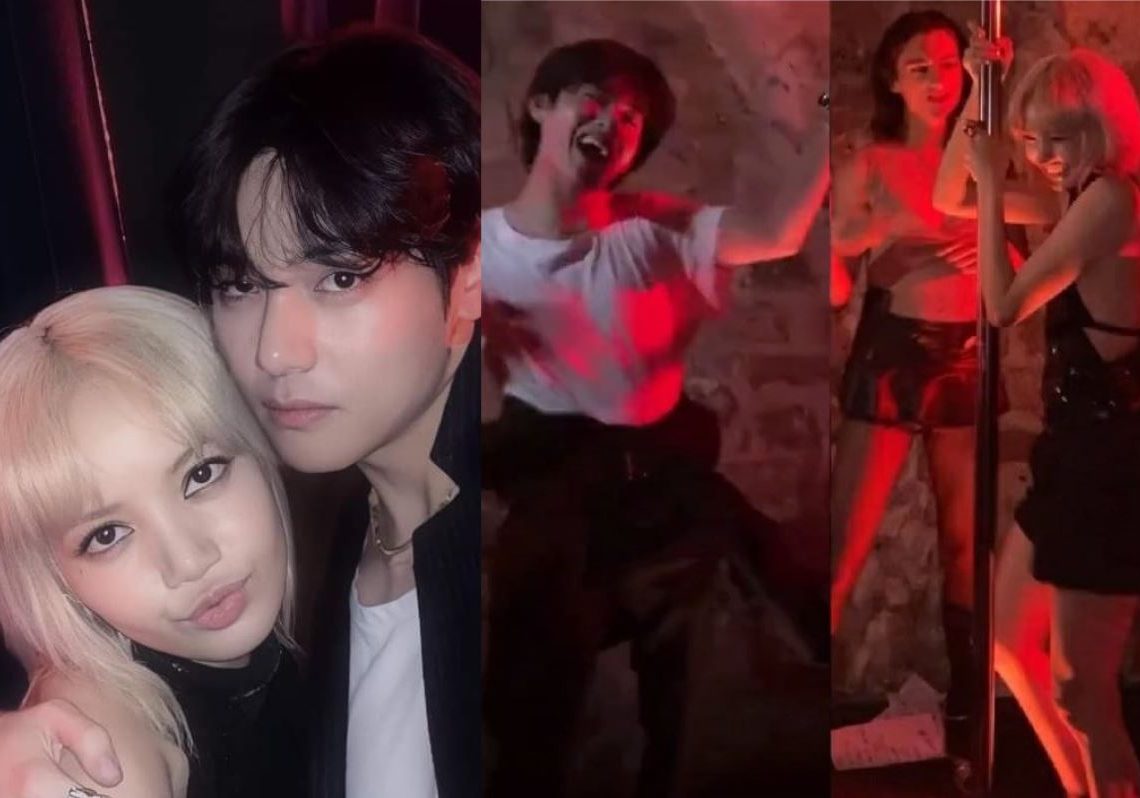 BTS’ V and BLACKPINK’s Lisa not only stole the spotlight during the “Paris Fashion Week”, but also had fun at different events, they even went partying together, surprising ARMY and BLINK, who didn’t know that the idols had such a good relationship.

The “Paris Fashion Week” as every year took the spotlight due to the trends and collections shown by different brands, one of them CELINE, who this time had special guests: Taehyung, real name of the BTS singer, Lisa, BLACKPINK rapper, and South Korean actor Park Bogum, who were the stars during the fashion show and the whole trip to the gay bar.

“taehyung was out partying with male models after attending the celine fashion show for paris fashion week” is a sentence that would k word a 2020 kth pic.twitter.com/58u8RxbtEO

On June 28, Twitter account Spin or Bin Music posted two videos showing how the Thai rapper and the South Korean idol had fun at the “After Party” of CELINE, who threw a wild party after her fashion show at the “Fashion Week” in the French capital along with LGBT models.

You could also be interested in: Kim Taehyung was caught clubbing and having the time of his life in Paris, France.

In the first video, Lisa is seen trying to spin around a tube, however, she fails and does it again, being very successful this time. It should be recalled that the BLACKPINK rapper practiced pole dancing for a while for her video “LALISA“, which marked her debut as a soloist.

BLACKPINK's Lisa having fun pole dancing at CELINE's After Party in Paris. ?pic.twitter.com/o0UdOaXJX0

As they were invited by the same brand, it was not surprising that Tae, as he is affectionately called, was also spotted at the meeting, what did stand out is that just like the rapper, the singer and actor was encouraged to “get on the tube” next to a beautiful model who is part of the LGBT community.

BTS' Kim Taehyung having fun swirling around the dancing pole at CELINE's After Party in Paris. ❤️pic.twitter.com/N6xmEohIsG