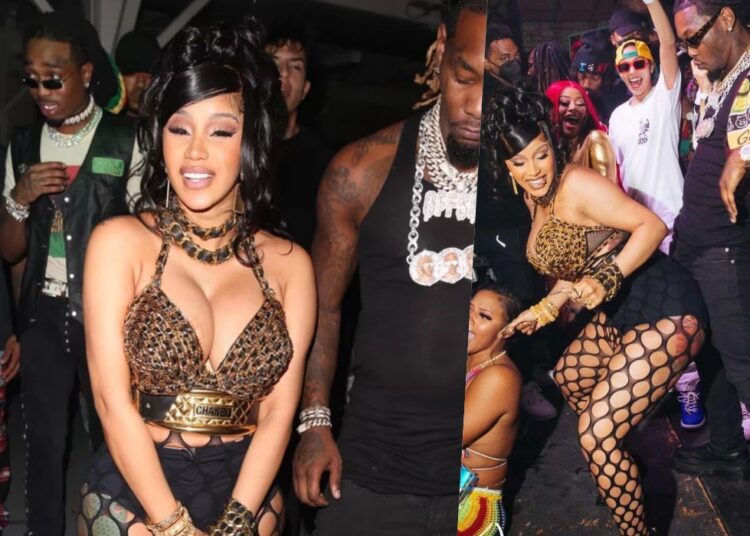 Everything that happened at Cardi B’s birthday party

Cardi B’s guests perfectly understood her request for her 29th birthday party at River Studios in Los Angeles on Monday night, October 11th. Before the event, the birthday girl announced that she did not want to see anyone making faces and going to her party to pose, it was for everyone to dance and have fun.

“Thank you to everyone who came for my birthday. Let’s make this sh * rd *. That’s right, I want to see them break it. I’m serious! Thanks. Bye!” Cardi said into the microphone.

One of the most special videos from the party shows Normani falling to the ground while Cardi and Megan cheer her on:

You may also like: Tyga is accused of physical assault on his ex-girlfriend

On the morning of Tuesday, the 12th, the records of Cardi B’s birthday circulated on the internet, proving that few celebrities have parties like the rapper on “Wap “. By the way, the success with Megan Thee Stallion also stirred up the party:

Megan Thee Stallion and Cardi B jamming out to "WAP" at Cardi's birthday party tonight.
pic.twitter.com/G32sDEimqR

During the celebration, Offset revealed his gift to his wife: a mansion in the Dominican Republic. Pictures of the property were displayed on a screen during the event.

Offset bought Cardi B a house in the Dominican Republic for her birthday. ?❤️ pic.twitter.com/OmVhOdEluz

In other related news, in addition to her rap career, Cardi B can bet on a new profession: she is capable of officiating at weddings , as she did in a new episode of her Watch Together series , Cardi Tries. In a teaser posted on her Twitter, the artist appears as the emcee at Brandi and Shannon’s wedding .

Imagine being able to say Cardi freaking B officiated your wedding ?! ?❤️?️‍? pic.twitter.com/UVx4qHHcE6

Why BTS’ Jimin apologized during his UN speech