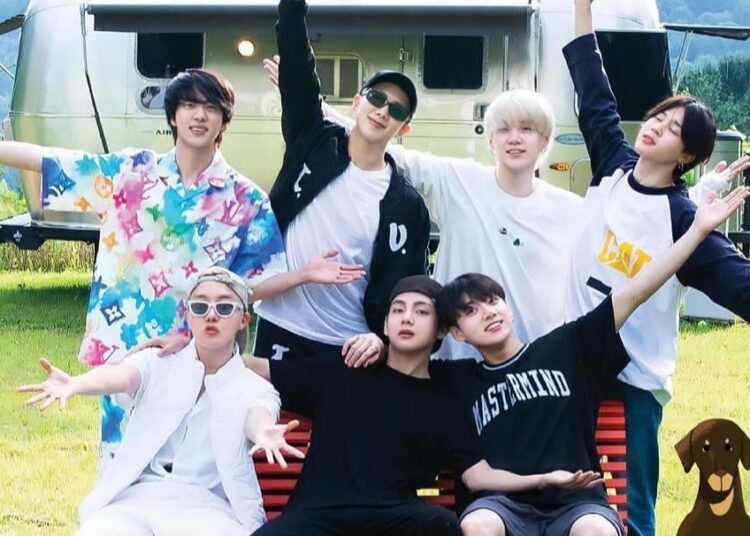 When will BTS start military service? The date is defined

The members of the k-pop group are of the age to serve their country. While his representatives are seeking exoneration, it appears that they will eventually have to do their duty.

BTS says goodbye to ARMY to do mandatory military service? The most famous k-pop group in the world is at a crossroads. All its members are of the age required by law to enlist in the South Korean armed forces. In fact, some of them are already 28 years old, the age limit to do their duty.

Military service is compulsory in South Korea for the male population, between 18 and 28 years old, for a period of two years, although HYBE, the company that represents BTS, is negotiating the possibility of postponing the recruitment date of the young artists or, in the best of cases, exonerate them of this responsibility due to the social impact that the group has had.

What will finally happen to the members of the k-pop band? Will they get exoneration? Also, if they are finally taken to the barracks, what will become of the band? Could it be the end of BTS? The answers, below.

A subcommittee of the South Korean National Defense Commission began discussions on September 9 on whether to accept that an amendment to South Korean laws is only for a small group of people.

The commission filed a complaint against the South Korean Ministry of Defense itself because the so-called BTS Military Service Exemption Law was recently implemented, which allows male artists who have managed to improve the reputation of that country, not to do so. service in the army, contrary to what it is for the rest of the population

In case the amendment to the law is rejected so that the septhet is exonerated from performing their service, they will have to begin as soon as possible to say goodbye to their fans to enlist and fulfill their obligations as citizens.

WHAT WILL HAPPEN TO BTS?

The group BTS, in any case, have not denied the possibility of providing services to their country, which lives in constant tension with North Korea. The possibility of leaving member by member to perform their service or also that they all leave at the same time is being considered, since they have recently released their album Butter. What will ARMY say?

WHAT HAPPENS IN THE CASE OF BTS?

The group BTS has only reached a consensus where artists can postpone this process until they turn 30 years old. This is because, in 2018, they were decorated for their cultural and musical contributions, in recognition of their accelerated rise and all the records they have broken in their career.

The BTS member closest to the 29-year-old Jin’s discharge date. The HYBE company, in September 2020, said that Seokjin will join the Army at the end of 2021, the deadline for the artist to fulfill his duty.

WHAT DOES JIN SAY ABOUT THE MILITARY SERVICE?

Jin, the BTS member, had this to say about his military service in South Korea. “As a citizen of South Korea, enlistment is a fact and when the country calls me I will respond with pleasure. I am planning to sign up when the time comes (…) The members and I have discussed this issue often and we all agreed that we want to fulfill our duty to perform compulsory military service ”.

All BTS members are within the established range for active duty military service from 1992 to 1997. These are the ages of the members of the k-pop band.