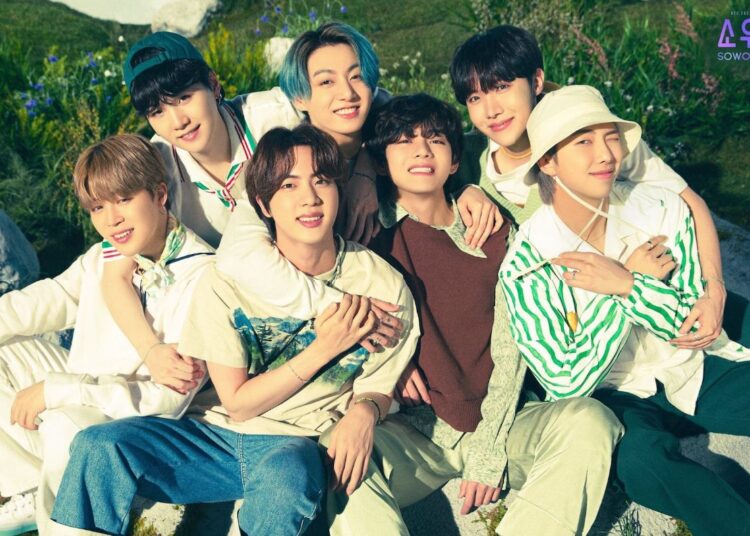 A glitch was recorded during BTS’s show, Muster Sowoozoo 2021, on June 14. On June 14, the D-2 of BTS’s Muster Sowoozoo 2021 was held and during the show, which was dedicated to their international fans, unforgettable moments were recorded for ARMY, where they vibrated with each staging, but that was not all, a camera on fire was about to overshadow the moment.

RM, Jin, Suga, Jimin, J-Hope, V and Jungkook were singing the song “Idol” on the stage full of searchlights, smoke, fireworks, screens, where you could see each fan, and dozens of cameras recording each detail of the concert, and it was at that moment that a technical failure was detected.

As can be seen in the video shared by a Twitter user, a crane shooting camera began to consume under fire and was captured by another that was broadcasting the Muster Sowoozoo 2021 live. To the tranquility of ARMY and thanks to the quick intervention of a member of the staff, who with his hand was able to put out the flames, it did not pass to greater and the show continued but BTS almost died.

You could also be interested in: BTS break record and earn millions during their Muster Swoozoo event.

About the Muster Sowoozoo, the virtual event fan meeting held as the central event of FESTA 2021 for the eight years of musical history of RM, Jin, Suga, Jimin, J-Hope, V and Jungkook was held after it was suspended in 2020, due to the pandemic.

It was two days of shows and games prepared for ARMY from all over the world. The first day was characterized by being focused on presenting songs in Korean, while the second and last show in song in other languages ​​such as English and Spanish.