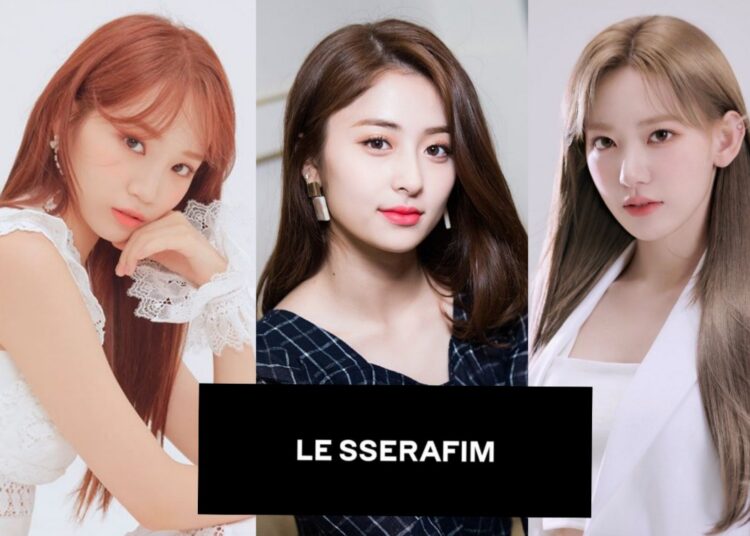 After several months of suspense, the name of HYBE‘s new girl group is made official. On March 27th, the main social networks of LE SSERAFIN, the girl band that will succeed GFRIEND, were released in terms of management under the Source Music agency.

As part of one of the corporate subsidiaries, LE SSERAFIM will join the portfolio of HYBE artists such as BTS, ENHYPEN, TXT, SEVENTEEN, and Fromis 9. According to the introductory video, the name LE SSERAFIM is formed after arranging the letters of the phrase “I’m fearless”.

The teaser does not indicate an exact debut date; however, they already have verified social networks to promote their content before taking the big step into the K-pop scene.

You may also like: Why didn’t BTS’ Jungkook and J-Hope show up at the airport with Bangtan?

At the moment, it is known that the Source Music group will consist of six members. Three of them are recognized by the public for having participated in the famous reality show Produce 48. Two of them won a spot and became part of IZ*ONE.

Miyawaki Sakura is a Japanese artist, she came in 2nd from Produce 48 and was a member of IZ*ONE until April 2021. Kim Chaewon is a Korean singer, she was the 10th rank of Produce 48 and debuted with IZ*ONE on 2018 until 2021. Heo Yun Jin is a Korean-American trainee who entered Produce 48 with Pledis agency. She was eliminated in 26th place.