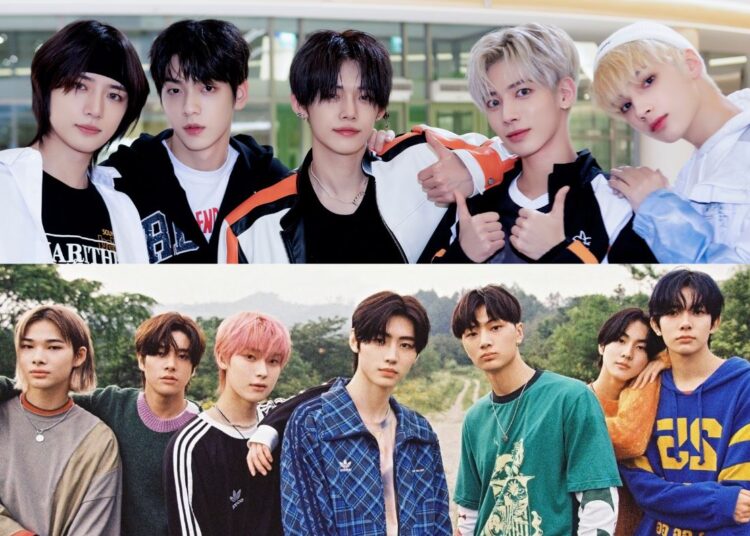 The day came when we saw TXT and ENHYPEN share the stage at the ‘2021 KBS Song Festival’. A few weeks ago it was announced that the groups would join forces in a mixed performance.

Previously, the representatives of the ‘2021 KBS Song Festival’ had moved the fandoms of the South Korean groups with their statements:

“One of the special performances that fans most wanted to see at the KBS Song Festival is a collaboration performance of TXT and ENHYPEN. They will show the best performance that has ever been seen before, so please look forward to it.”

Fans followed the prompts of the show reps, and waited to see their favorite artists’ collaboration, which turned out to be epic that even one BTS member reacted to the tribute paid to him and his bandmates.

You could also be interested in: Will BLACKPINK’s Jennie cast in the Korean remake of Money Heist?

After the curtain of ‘Legend of k pop‘ where the trajectory and achievements of the most iconic bands of the genre were remembered, TXT took the stage to perform “Candy” by the band of the nineties H.O.T. Later, the music made a change in order to give the baton to ENHYPEN which recalled the songs of first and second generation groups that became k-pop legends.

To continue with the medley, they performed EXO’s “GROWL” and at the end the first notes of BTS’s “Fire” began to sound and, at that moment, all the members of TXT and ENHYPEN gathered on stage where they did an epic choreography. The tribute to BTS, EXO, HOT, BIG BANG and other groups was widely commented on social networks.