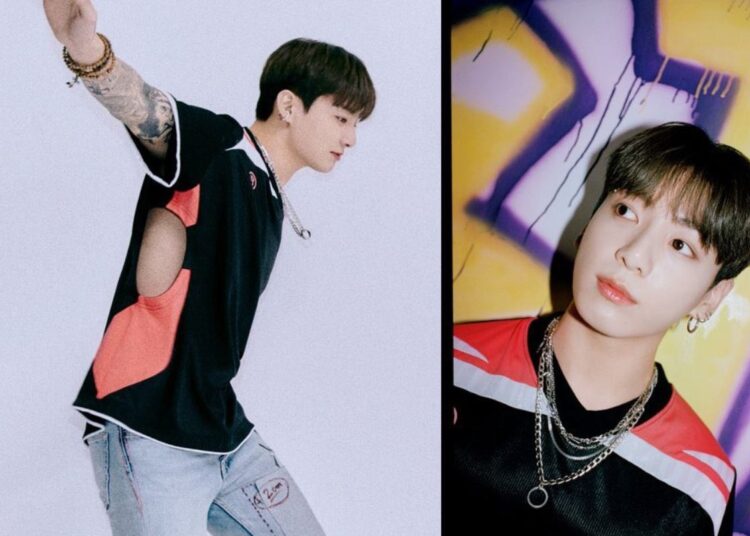 Does Jungkook regrets the success of Dynamite? Being the youngest of the band, the so-called “Golden Maknae” opened up about the world fame he has achieved with BTS and the pressure he felt. BTS reaches fame day by day, breaking records with unattainable figures or imposing new challenges on their career.

With their foray into English songs, the band accomplished the unimaginable: ranking at #1 on the Billboard Hot 100 chart, something that has become recurrent with their new releases, but Jungkook thinks something very different. The Maknae of the year was considered by his leader RM as a prodigy, since everything he does, he does very well.

MAKNAE OF THE YEAR 2021: JEON JUNGKOOK

BTS' Jungkook is the winner of the category at the #MMAwards. With more than 2 million votes from ARMY around the world in all rounds, the 23-year-old will take home the trophy at our ceremony later this year. Congratulations! pic.twitter.com/0IVT0AoQNd

Within the group he has worked as a director, producer, composer, in addition to his position as a dancer and vocalist. The worldwide phenomenon of BTS seems unstoppable, but beyond aspiring to something bigger and unimaginable, Jungkook confessed that he felt overwhelmed, the pressure had pros and cons from the success of “Dynamite“.

You could also be interested in: Stray Kids’ Felix reveals the secret to having a deep voice.

BTS’s Jungkook reveals he feels pressured by his world fame and in the begining of all of this, he tought about leaving the band because of feeling overwhelmed and pressure by fame as part of his interview for Weverse magazine, Jungkook also spoke about success with his first song in English. Dynamite became a watershed in their career, but contrary to the satisfaction, the idol revealed how he really felt.

Jungkook thinks he needs to do even better, it’s a personal ambition.

The idol believes that the band could not express everything they wanted with “Dynamite”, who they really are.

“If only I could do it again“, the BTS member admits that he could have sung the remixes differently, considering that he has not yet reached the point he wants.

A #1 Billboard artist must be really good at what he does, which is why he practices singing for an hour, every day. Although he never stuck to music chart rankings, “Dynamite” made him happy, but felt like a burden. Having the recognition of the people, he believes that he has to work harder, he felt overwhelmed and came to think that he cannot keep up with BTS.

Dealing with fame is not easy, besides, it seems that everything has to do with his Virgo personality, they are always pushing themselves being better at everything. With his mixtape, the project has taken him time, since he considers that he wants to have songs that simply speak for themselves, plus he has reviewed it over and over again.

Shawn Mendes and Camila Cabello spotted together after split