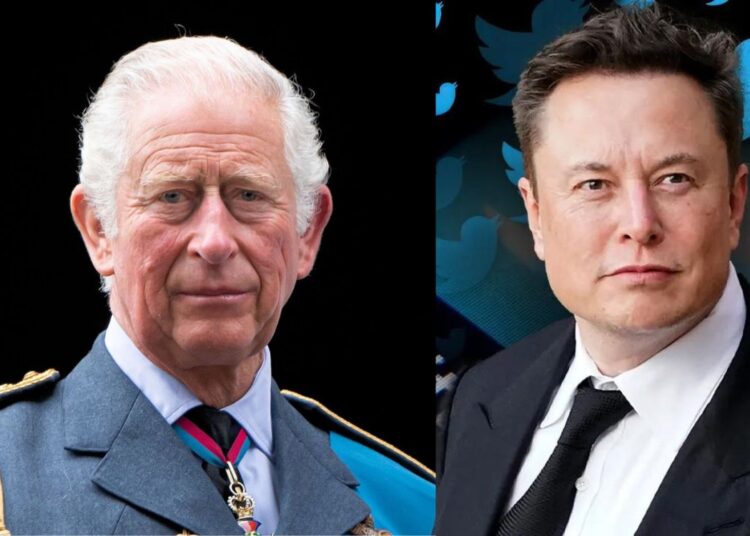 King Charles III is reportedly suing Elon Musk, the owner of Twitter, as in addition to thousands of layoffs, rapidly falling costs have forced the tycoon to fulfill his duty to pay rent. For this reason, the social network Twitter was sued by the Crown Estate in the United Kingdom.

This the company that manages the real estate portfolio of King Charles III, for failing to pay rent on its London office. The royal group is suing Twitter after contacting the company for non-payment of rent, the two parties are in contact looking for a solution to the problem, reports “The Daily Telegraph“.

You could also be interested in: Prince William and Kate Middleton humiliated for being ‘caught’ with Prince Harry’s book.

So far, all Twitter trademarks and logos have been removed from the London office, but Elon Musk’s company continues to use them. Crown State manages properties worth approximately 19.2 billion, including 241 properties located in central London.

Because the properties are part of the British monarchy, three-quarters of the royal offices’ net profits of $384 million go to British public spending, with the remainder going back to the crown.

King Charles's real estate company, which manages the British Royal Family's portfolio, is suing Elon Musk's Twitter for failure to pay rent. This is the 4th non-paying rent allegation against the company 👀 pic.twitter.com/6tBjnUXIxz

The properties are managed by professionals in the field, having King Charles III almost completely removed from the day-to-day operations of all the offices that generate millions for the country does not prevent the King from ordering constructive uses for the profits generated by the businesses.

Stray Kids debuts album at the top of the Billboard 200