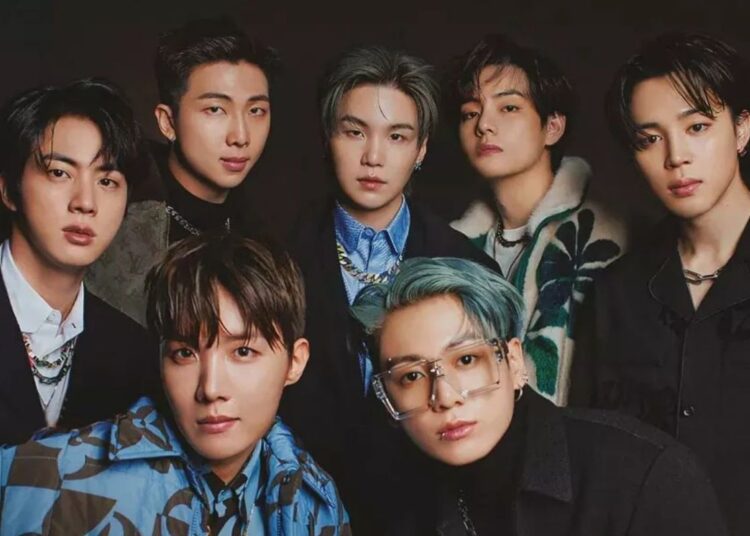 If you are one of those people who need to listen to music to fall asleep, this article is for you, because recently it was scientifically proven that BTS is one of the best artists to help you fall asleep.

It was reported that researchers at Aarhus University analyzed more than 200,000 Spotify songs found in nearly a thousand playlists associated with helping users fall asleep.

In addition to the most expected types of music, slower instrumental with minimal elements and a calming nature, the researchers found that many use familiar, comforting music even if it is of a faster, more energetic tempo.

You may also like: J Balvin meets with BTS’ Jimin and J-Hope and talks about future collaboration

The research showed that songs such as “Dynamite” by BTS and “Lovely” by Billie Eilish and Khalid were examples of energetic but comforting music that music platform users use to help them at bedtime.

Billie Eilish, BTS and Khalid songs are the best music to fall asleep to.

They reported that more research should be conducted to “identify the various reasons why different people choose different music for sleep“, finding that while “softer, slower, instrumental and more often played on acoustic instruments than other music“, the music tended to help with sleep.

“It shows a great deal of variation, including music characterized by high energy and tempo“.

“The study can inform the clinical use of music and advance our understanding of how music is used to regulate human behavior in everyday life“.

Prince Harry will have to scape from his home in the U.S. for terrible reason