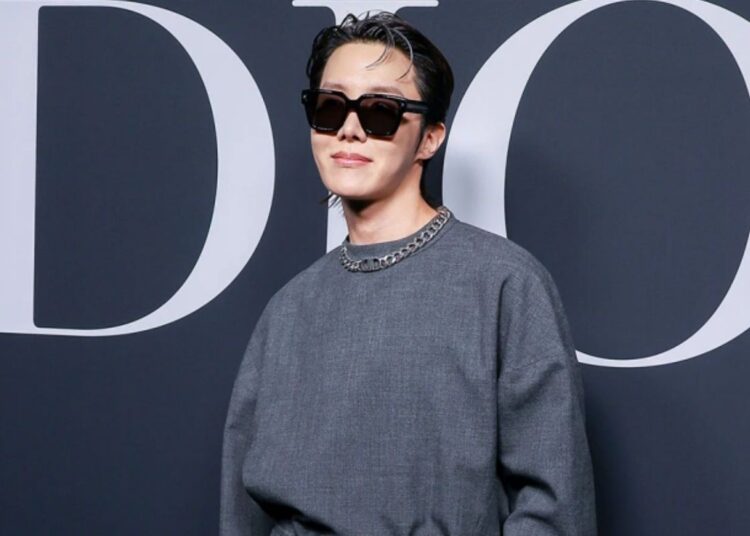 BTS‘ J-Hope has caused a stir in Paris, being the most wanted and applauded person at a Dior fashion show. The artist managed to gather a considerable amount of people, who between shouts made the artist understand how excited they were to see him.

The idol K-Pop has been the most sought after topic in recent days after he attended the Dior menswear fashion show as well as the Louis Vuitton fashion show, with two collections in which the artist made his presentation.

Head to toe in Dior gray from the Fall 2023 collection, J-Hope from @BTS_BigHit was in Paris to take in this afternoon's unveiling of #DiorWinter23 by Kim Jones https://t.co/jwPhBTg6N1. pic.twitter.com/VPzEISYhrS

On January 20th, the rapper attended the event of the luxury brand for which his BTS groupmate Jimin is a global ambassador. Moreover, they both posed together in front of the cameras in outfits chosen by the brands, making the whole ARMY fall in love.

You may also like: Selena Gomez and Drew Taggart caught in an intimate moment

Although together they made the fans at the event applaud their presentation, separately each one was also able to shine, especially J-Hope, who according to Google trends, was the most searched celebrity at the event, among all the celebrities present.

The artist stood out for his humility and simplicity when he arrived at the place where the fans who were waiting for him were gathered. In front of the cameras he showed confidence, and with his overwhelming personality he managed to stand out in the acclaimed and important fashion event.

j-hope was the Most Searched, Rising Topic Worldwide in the Past 24 hours of @Dior search category according to Google Trends! #jhopeXDior pic.twitter.com/89RwJTP21i

Check out the exclusive concert of RM’s ‘Indigo’ album ‘RM, Live in Seoul’

Jihyo debuts as a songwriter on TWICE’s new album ‘Formula of Love: O+T=<3’