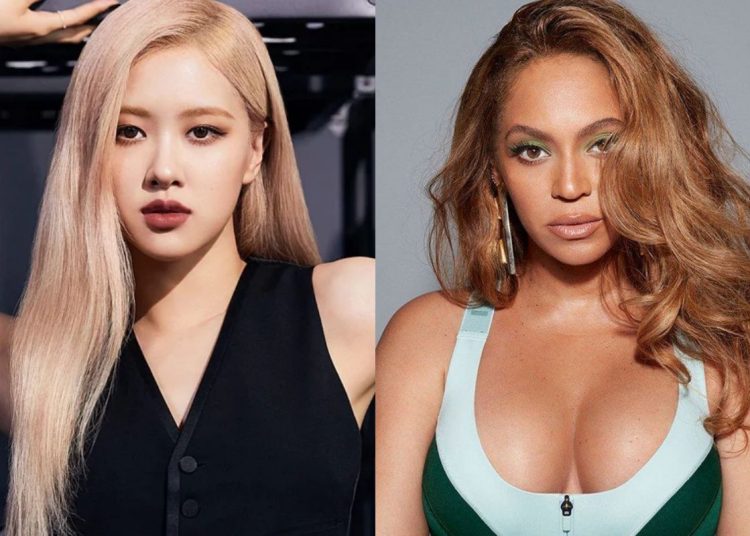 Rosé from BLACKPINK has always assured that her inspiration to become a musician has been Beyonce and from a very young age she knew and made an effort to dedicate herself to music. Even though his previous goal of being “like Beyonce” has changed a bit, he’s still a huge fan.

“My dream? When I was very little, my dreams were very absurd.

I really wanted to become a great singer like Beyoncé or Michael Jackson“, said the idol.

“Once I got older, they told me, ‘Rosie, to be honest, it was really hard for us to go to bed when you were singing your lungs out.’ I think I would sing ‘Listen’ by Beyoncé when I couldn’t hit the notes because she was a terrible singer“, she added.

The BLACKPINK member has become a global superstar, constantly impressing with her talent.

The artist recently graced the cover of Vogue Hong Kong, and in her interview with the magazine, Rosé discussed a possible collaboration with Beyonce.

You may also like: BLACKPINK announces reality show titled ‘BPM’. Find out the details

“BLACKPINK have collaborated with superstars including Dua Lipa, Lady Gaga, Selena Gomez, and Cardi B. Is there an artist you dream of collaborating with in the future?
C

“I think that collaborations like these can always generate great synergy and are opportunities to learn a lot, whether it’s with music or with other things“, said Rosé.

“Actually, when I was young and dreamed of being a singer, the artist I admired the most was Beyoncé. Before I became a singer, I watched Beyoncé’s movies and I started thinking, ‘I want to become a person like her’.

So I put a lot of effort into practicing the piano. I was lucky enough to be able to attend an event with Beyoncé, as we are both ambassadors for Tiffany. What a great honor!” she continued.

“At the event, she said, ‘I hope we can do an interesting and fun collaboration together in the future’“, the idol confessed.

“This is really a ‘dream collaboration’ (laughs)! If there is a chance, I really want to sing with her”, she finally said.

At a Tiffany & Co. event, Rosé and Beyoncé first met and discussed their desire to work together.