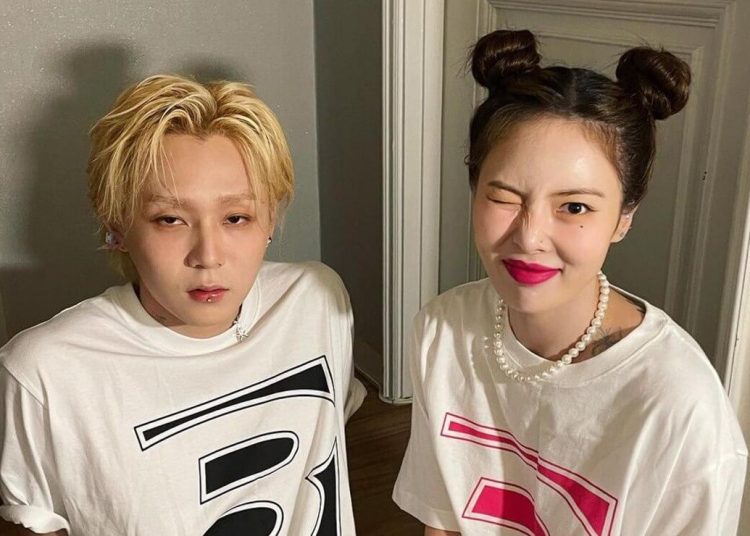 DAWN defends HyunA in his first post since breakup

After the announcement of their separation, DAWN has published their first statement regarding the breakup with HyunA where they defend their relationship from a false publication by a netizen.

The post was made on the male artist’s personal account, where he shared a screenshot of a message he wrote protecting and defending HyunA from false statements by a netizen.

“Hi, I’m DAWN. This won’t be long. I’m going to sue that cowardly, dirty, pathetic person who spread that false information by pretending to be me. Even if we break up, she’s still precious to me and she’s more sincere and cool than no one I have ever met before. She is an artist I will love more in the future. Please don’t live like this and use your precious time on Earth in a good way“.

You may also like: (G)I-IDLE’s Soyeon’s strong criticism during her performance at MAMA

In the post, the idol responded to an edited image that came to light after the announcement of their breakup in which it seemed that DAWN claimed that the reasons for their split were because HyunA lied to him and hid details from the past.

“She lied and kept all her past from me. While we were dating, she secretly met another guy and kept her existence from me. They lived together briefly in high school…

And there was even an abortion. I feel so betrayed. How many lies are there… I’m going crazy…“ 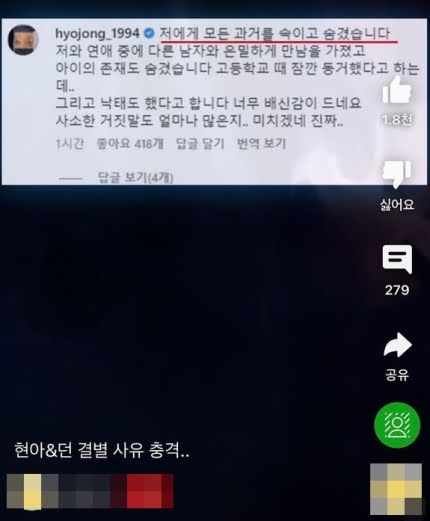 BTS’ Jin is praised for making this decision about military service