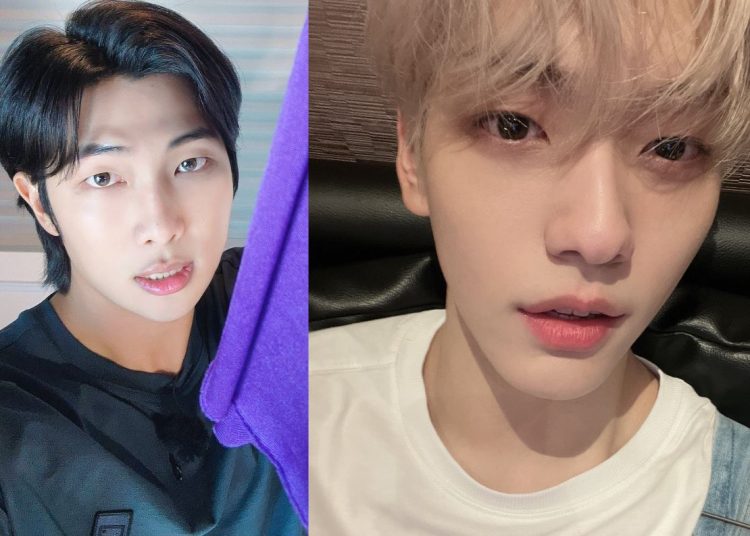 the participation of Soobin of TXT as an MC on KBS during 2020 really charmed the general public, so much so that it still continues to generate news because of the way he managed to connect with everyone who passed by the set and was interviewed by the 22-year-old idol.

This new discovery has the BTS members and their company mate Choi Soobin in the spotlight, as due to the noticeable height differences, fans were delighted. Moreover, another moment also took center stage and melted ARMY and MOA’s hearts.

RM fell completely in love with the Music Bank MC, during the segment, fans couldn’t help but see the giant and charming smile that Kim Namjoon let out as he listened to Soobin speak his lines, at one point even his ears turned red.

You could also be interested in: Cha Eunwoo and Nam Joo Hyuk are dating? The truth behind the rumor.

The look on the BTS leader’s face caused numerous fans to joke that the 28-year-old was ready to adopt Soobin as his own son. While others, they could see in RM’s eyes of love, vibes of a proud father as they watched the eloquent way Soobin carried himself.
C