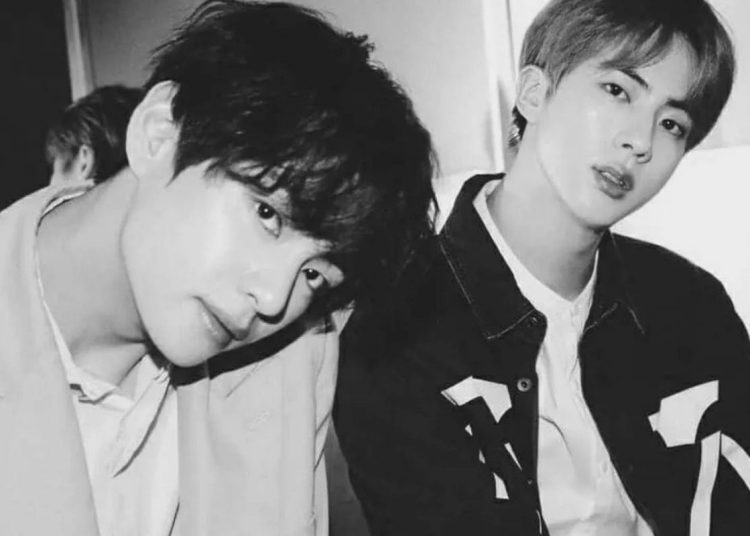 In addition to being the most popular K-Pop group in the world, they are also fun guys, as they showed at the recent awards show they attended, The Fact Music Awards 2022. A couple of the seven members of BTS caught the eye.

These two members, Jin and Taehyung, have always made fans laugh with their hilarious actions, and the recent ceremony was no different. BTS was victorious in different categories, so every time they went on stage to accept the award, all the members had fun and amused everyone.

You may also like: Seventeen’s Joshua gets scammed on his trip to the Philippines

During the reception of the “Idol Plus Popularity” award, the idols Jin and V stood out for interacting with the cameras, and at the time of Jimin giving his speech, the members danced to the rhythm of the music moving from side to side and making funny faces.

LMAO TAEHYUNG AND JIN AT THE BACK ??? pic.twitter.com/HJDBtwvIJ6

While the idols did their cute dance, with adorable poses and gestures, Jimin gave his thank you speech. For his next return to the stage, it was Jungkook‘s turn to speak to the fans, V was seen moving Jin with the intention that he appreciate the shot and make the Golden Maknae laugh with his jokes.

Not Taehyung pulling Jin slightly so that he can see Jungkook clearly? pic.twitter.com/GFp8myQmgX

BLACKPINK’s Rosé tested positive for COVID-19. Her schedules were cancelled