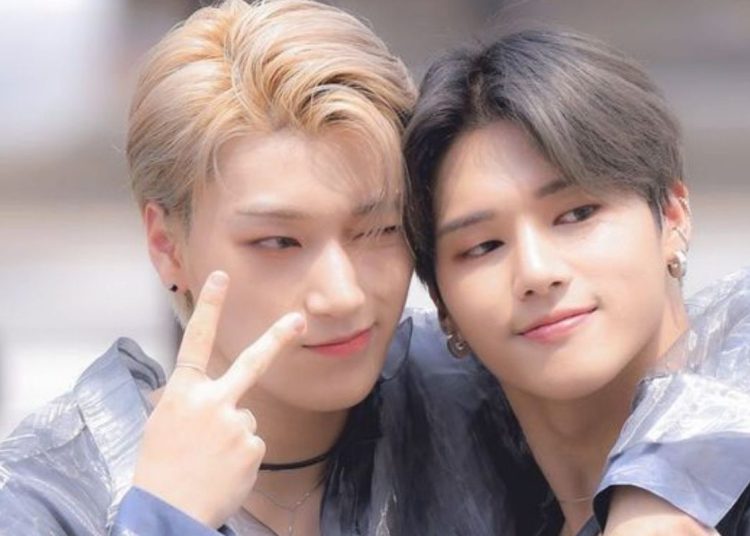 ATEEZ members Wooyoung and San have shown how important and strong their friendship is by marking their skin with tattoos. Rumors of their acquisition as a couple started last year when one of the idols was spotted with a special tattoo on his thigh that fans hadn’t seen before.

The ink mark had a phrase written on it that ATINY quickly recognized, discovering its meaning. Wooyoung’s tattoo read “amicus ad aras“, which means “friends until death” or “friend until the end“, this being a phrase that he has shared with member San.

You may also like: Korea Defense Minister want BTS to serve in military service

Although fans were sure that San would have the same tattoo, due to the meaning behind the phrase, there was no proof of this and no photos or messages, which surprised his fans. However, the idol recently spoke on the subject and confirmed that they had tattoos as a couple.

san said he didnt regret getting the tattoo with wooyoung. and he said that you cant find a friend like this anywhere

pls i want their friendship😔 pic.twitter.com/zLh071Tdw0

However, on the most recent episode of his variety show “WANTEEZ,” fans finally got a glimpse of the tattoo when San wears ripped jeans at the knees. Despite there being no doubts about having the same tattoo, it is exciting to see.