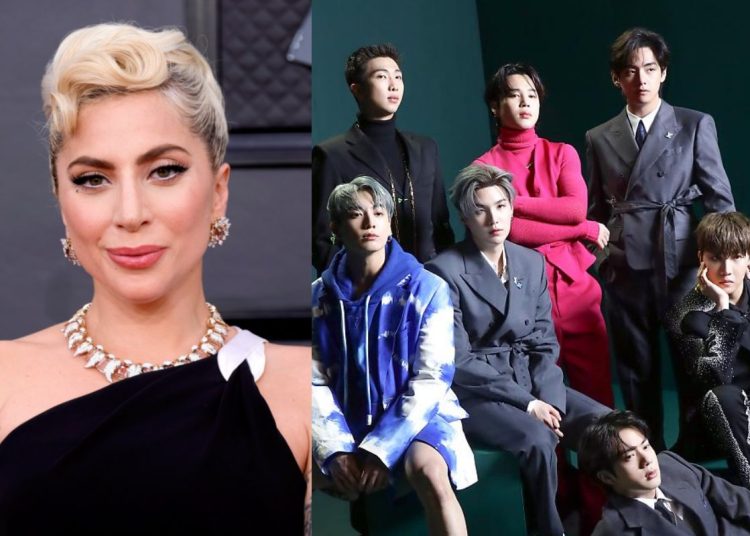 The netizens usually find out about many exclusive things thanks to the insiders, who leak information about the new projects of the artists, and from there it begins as a latent rumor until the official confirmation.

Recently, insider Deuxmoi gave a vague announcement about a project between BTS and Lady Gaga, even he doesn’t know what it is. The first thing that comes to mind is a musical association, but only time will tell.

“I just heard here about a collaboration between Lady Gaga and BTS and they’re shooting a video. I have no idea what this is for“, the source said.

NOT DEUXMOI HAVING A BLIND ABOUT A LADY GAGA X BTS COLLAB?? pic.twitter.com/a2cfefvkt9

You may also like: Watch as GOT7’s BamBam shows his love with harsh public jokes

It should be remembered that Lady Gaga has already recorded the song “Sour Candy” in collaboration with the K-Pop girl group, BLACKPINK. So if that comes true, it would be the second K-Pop group that she has a collaboration with.

It’s true that BTS is on hiatus and the members are preparing solo releases, but anything can happen, even a collaboration between her and one of the members, such as Taehyung, with whom she spoke at the last Grammy Awards ceremony, and J-Hope who went to see her in concert and they met for a photo.

According to @deuxmoiworld , @ladygaga and @bts_bighit may have a collaboration on the way with a video being filmed. Those are just rumors so far… pic.twitter.com/xBqMmPIFlu