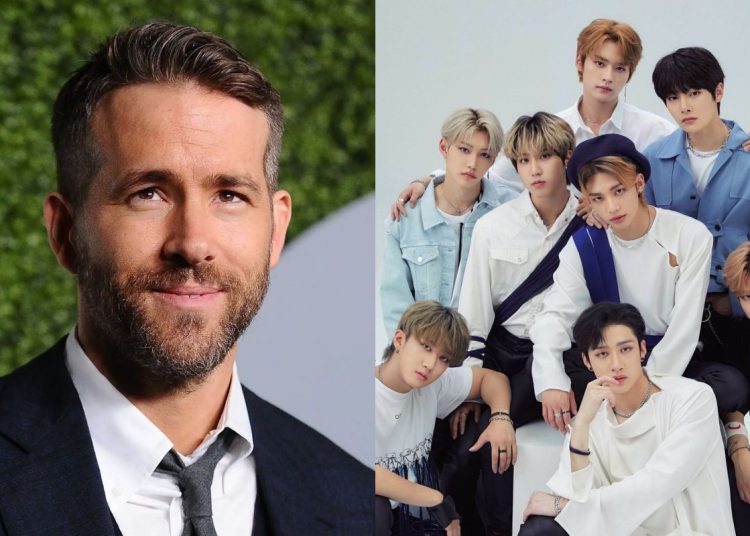 Ryan Reynolds has once again proven to be a huge fan of Stray Kids. On Saturday, September 24th, the actor published a new story on his Instagram, it was a photo of himself with a song by the K-Pop group that amused both other fans and Bang Chan himself.

The relationship between the boy group and the Hollywood actor began after the South Korean artists gave a stunning performance inspired by fellow producer’s most acclaimed role, Deadpool. The Canadian praised the boys’ performance on the survival show “Kingdom: Legendary War“.

Since then, the artists have established a relationship that has given fans and netizens incredible interactions showing mutual admiration and support through social media. Even many Stray Kids fans have suspected a collaboration, such as the participation of the K-Pop group in the soundtrack of the next Deadpool movie.

You may also like: SEVENTEEN’s Mingyu caused controversy after asking a fan for a kiss

Considering the actor had his Twitter account location set to “Stayville” for a while, it was no surprise that he joined the “STAY selca day“, what did surprise Stay fans in a fun way was his choice of song “Red Light“. For his part, the group’s leader, Bang Chan, commented on the actor’s post:

“Thanks for playing our song. You don’t really have to do that, but thanks“.

“I guess he was feeling a little spicy that day…but yeah, he decided to go with ‘Red Lights’. Of all the songs, it had to be ‘Red Lights’. Really, Ryan?“

HELP RYAN REYNOLDS IG STORY 😭😭😭 he posted a pic of himself with red lights as the music 😭😭😂 pic.twitter.com/WyHXeUb2CQ