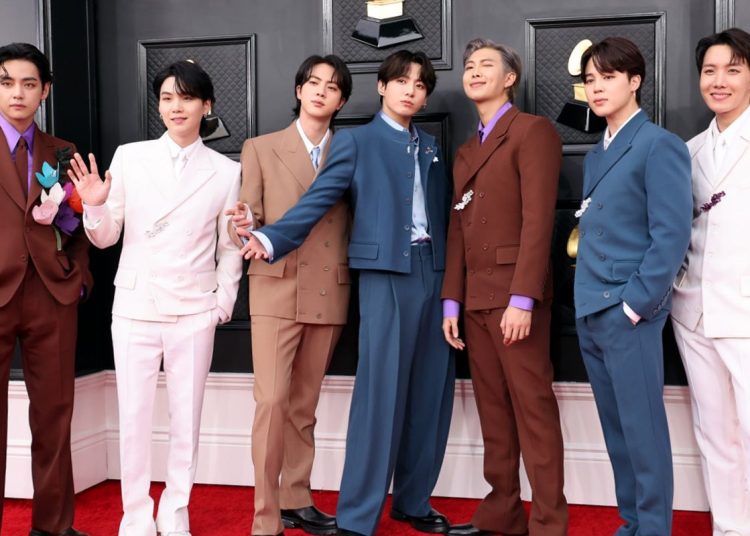 Who is BTS? Find out all the details about the K-Pop group’s rise to fame

BTS is the most famous K-Pop group in the world, which over the years has get great achievements for the industry. It is composed of 7 South Korean boys who have artistic skills such as singing, rapping and dancing.

Bangtan Sonyeondan, is the name of the group in Korean, it translates as “bulletproof boys“. The members that make up the group are RM, Jin, V, Suga, J-Hope, Jungkook and Jimin who officially debuted on June 13th, 2013 with the song “No More Dream“.

At first they were not well known unlike other groups, so they were allowed to talk through social networks with their fans. That time gave them the opportunity to turn music into something that reflected their own concerns, creating a bond that was difficult to break.

The name that the BTS fandom received is “ARMY“, and they have managed to live up to this name, with their support they have taken the group to number 1 on the Billboard Hot 100 for 163 weeks equaling Justin Bieber, as well as getting many other great hits.

As of 2016, the fame of the boy group began to grow exponentially and their music began to be heard all over the world. Over the years, their musical projects, collaborations with influential artists and their fans positioned them as the most popular K-Pop group.

The group became the first Korean group to perform at the Grammy Awards. In addition, it has broken countless records, one of the most important was the fastest music video in YouTube history to reach 10 million views, a feat they achieved in just 13 minutes with “Butter“.

.@BTS_twt “Butter” and “Dynamite” still holds the record as most viewed Kpop MVs on YouTube in the first 24hrs of release!