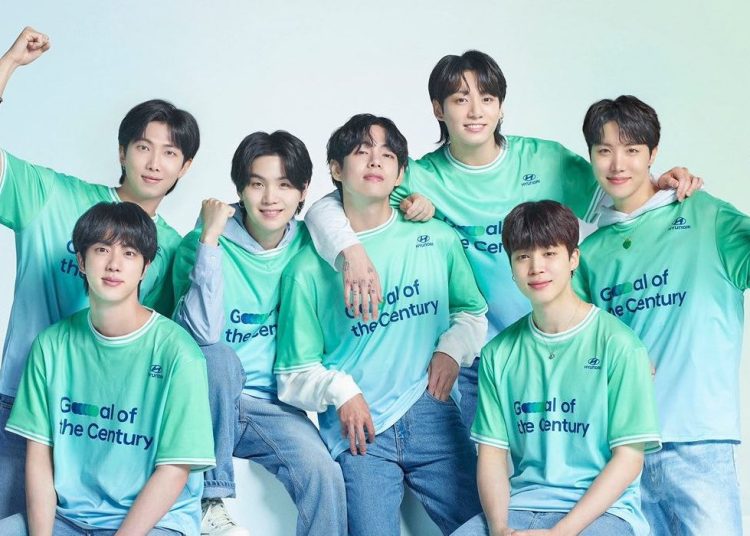 According to a recent report, FIFA has revealed its desire to select BTS as the lead singer for the opening ceremony of the World Cup. For their part, the K-Pop group is preparing to release a song for the 2022 FIFA World Cup Qatar as a global ambassador for Hyundai.

FIFA has chosen many great artists to perform at the opening ceremony of the World Cup in the past.

Just like what happened at the official opening of the 2018 Russia World Cup when Robbie Williams sang “Let Me Entertain You“.

You may also like: BTS’ J-Hope exposes intimate photo of RM and Taehyung

Another example can be the 2014 World Cup in Brazil, when Jennifer López performed the official theme “Somos uno” alongside Claudia Leitte and Pitbull.

On the other hand, the Qatar World Cup 2022 will start on November 20th, until December 18th, for the first time since the temperature in Qatar exceeds 40 degrees Celsius in summer.