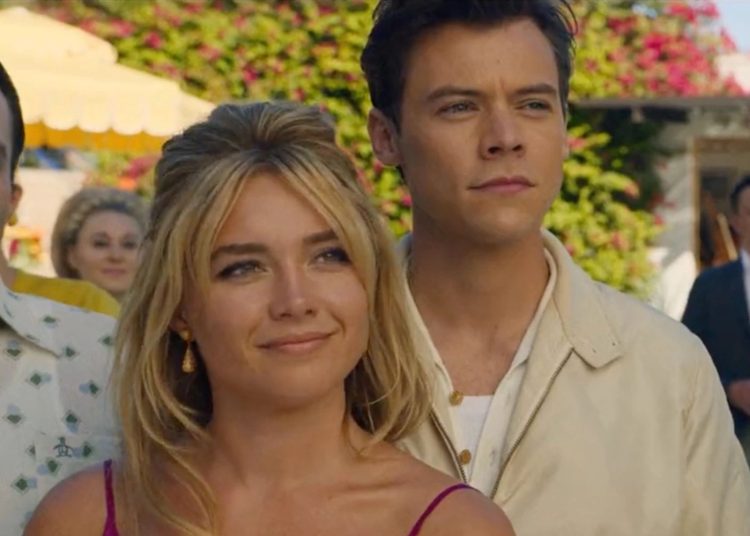 The Harry Styles-starring film “Don’t Worry Darling” has been mired in rumours, such as the pop artist’s alleged spitting on Chris Pine at the Venice Film Festival. Spit has already been denied, however, it is the least of the problems surrounding the behind-the-scenes of the film.

Tobey Maguire could return to Spider-Man, leaving aside Tom Holland

Stray Kids to headline one of the most important festivals in the world, Lollapalooza

From the beginning, the project that hits theaters on September 22nd has been surrounded by controversy. It’s no secret that Harry Styles is slated to replace Shia LaBeouf, who was director Olivia Wilde‘s first choice.

Olivia told the press that she had to fire the American actor because her acting process requires “a combative energy“, which she disapproves of. In addition, she stated that she needed to protect Florence Pugh, the protagonist, and that Shia’s method was not in accordance with what she demands in her productions.

Shia LaBeouf denied the story. She said that she left the film of her own accord, seeing that they would not have the rehearsal time that he felt they needed.

Shia tested her version by showing her emails with Olivia to Variety. Later, a video was leaked that Wilde sent to LaBeouf, asking him to reconsider continuing in the film. She adds:

“Florence Pugh is a difficult person“.

After Olivia Wilde claimed Shia LaBeouf was fired from her movie ‘Don't Worry Darling,’ a video of her asking the actor to reconsider his decision to leave the film has leaked.

He was originally set to play Harry Styles’ role alongside Florence Pugh.
pic.twitter.com/zGSfm8N0Wj

Another rumor is that there was a fight between Wilde and Pugh. At the film’s screening at the Venice Film Festival, the two barely interacted. In addition, Florence did not participate in the press conference to promote the film and has already warned that she will not promote the film as expected of a leading man.

Asked about the fight, Olivia Wilde said only: “The Internet feeds itself. I don’t feel the need to contribute.

I think the Internet is sufficiently well-fed“, she did not deny the conflict.

OK SO olivia wilde spoke about why florence pugh isn’t at the press conference but refused to answer any questions about shia labeouf !!!!! there is 100% more tea to be shared #DontWorryDarling #VeniceFilmFestival pic.twitter.com/5prST3bRsz

Florence may not have liked to hear her say that she is a difficult person. Or that she also didn’t like the rumors that she is paid less than Harry Styles.

But there are those who say that the conflict between them exists from the set due to their multiple romantic scenes with the director’s boyfriend.

The relationship between Harry Styles and Olivia Wilde also generated controversy. It was expected to be able to see the couple together at the premiere, but the reality was that they showed no signs of being in a relationship.

It remains to be seen if it was to focus attention on the premiere or it was due to a breakup.

the front view is 10x worse he was absolutely not moving for anything if i was olivia i'd crawl into a hole and hide from embarrassment pic.twitter.com/zAciAexDF7