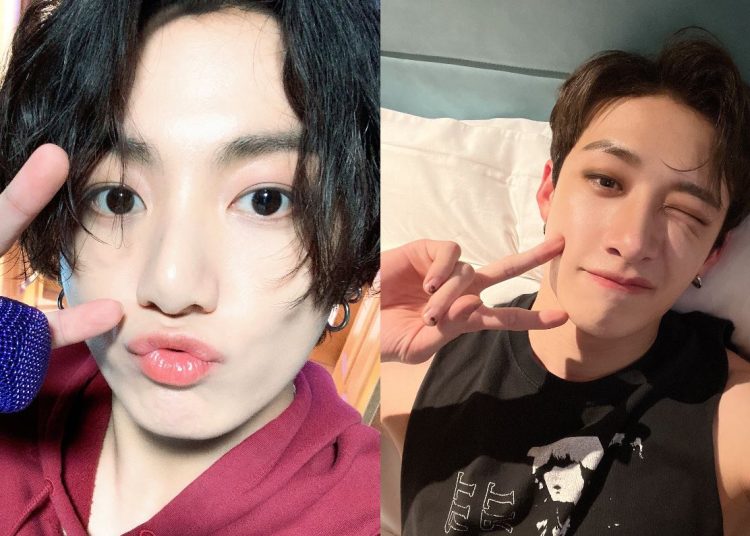 The ’97-liners’ is a group of friends made up of idols born in 1997. BTS’ Jungkook, GOT7’s Yugyeom and BamBam, SEVENTEEN’s Mingyu, ASTRO’s Cha Eunwoo, NCT’s Jaehyun and now, Stray Kids’ Bang Chan. They occasionally go out to party or dine at some restaurant.

The news is that the new member of the group, Bang Chan, has been a close friend of Jungkook for a long time and no one had noticed. In the past, the Stray Kids leader has been seen praising the group and specifically Jungkook and his individual works.

bringing back chan reacting to jungkook's euphoria in celebration of them being friends 🥰pic.twitter.com/bR22SBU5Sb

However, it was not only from Chan’s side that clues were found, as Jungkook has on several occasions used English slangs originating from Australia (Bang Chan’s native country), such as when during an interview in 2020, with BTS, he said that his favorite English word was the Australian slang for breakfast, “Brekkie”.

You could also be interested in: BTS’ Taehyung shows his true personality after being harassed in the United States.

And where else would Jungkook have learned the term other than from an Australian? Of course, STAY and ARMY acknowledge that Bang Chan is Australian and has been heard to use this slang quite frequently. It is understandable that Jungkook learned it from his friend, they have been interacting in this way since around 2019.

he was so proud of himself when he knew that “breaky” was a slang term for breakfast, JUNGKOOK ENGLISH KING pic.twitter.com/WajOK5frH2