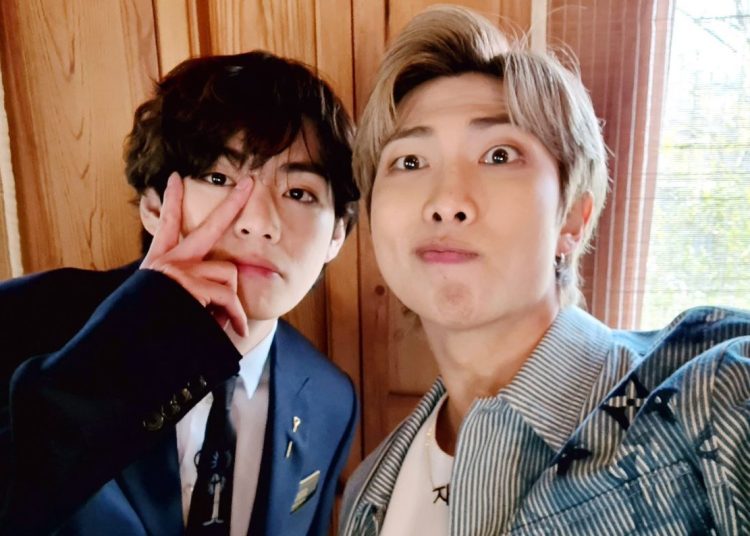 It’s no secret to anyone that BTS‘ RM has an incredible ability to touch people’s hearts with his words. This is even more so when he talks to his group mates. This time V was the one who couldn’t contain himself and after hearing his leader’s words, he burst into tears.

During Bon Voyage season 2, Namjoon wrote a letter to V during their group vacation in Hawaii, United States. The idol didn’t hesitate to read the letter out loud to his friend, starting with some beautiful words and revealing that when he first saw Tae, he knew Tae would debut in BTS because he could see a special essence in his personality.

You could also be interested in: TXT’s Yeonjun can’t hide his love for Ateez’s Wooyoung and is exposed.

It’s no secret to anyone that constantly V’s personality is something to talk about for being considered “unique,” and this made RM worry a lot because he saw V as an innocent angel in this world full of hard things to lead. But then Kim Namjoon added that during the process, he actually learned more from V than V learned from him.

He realized that being different became his greatest strength because thanks to his innocent personality, he made people trust him a lot and love him easily. So in a short time, RM was able to form a trusting friendship with this idol.

Taehyung may have a unique personality, but this is the reason why so many people love him. He concluded his letter by thanking Kim Taehyung for choosing to be a member of BTS instead of pursuing his other dreams. These words made V burst into tears.

ITZY’s Yuna respond to concerned fans about her health