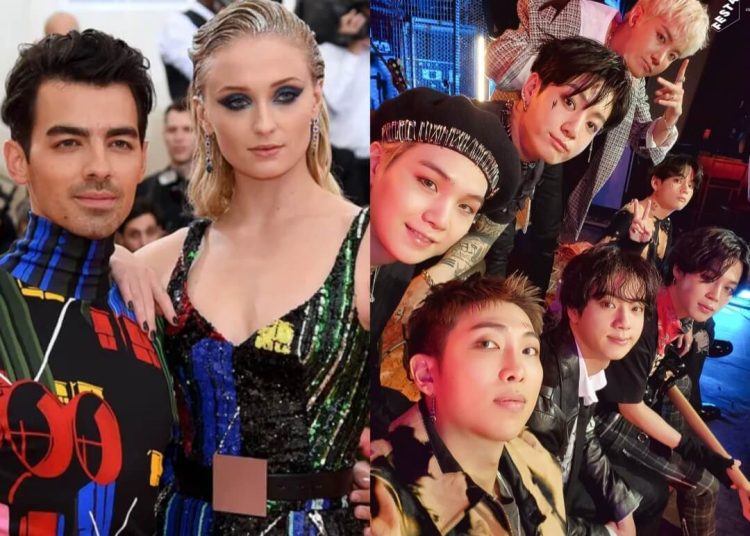 ARMYs are everywhere, and they can be all kinds of people who have come together to express their sympathy for BTS. Musical artists and the world of Hollywood are no strangers to the K-Pop group and yet have repeatedly saluted the South Korean septet.

Joe Jonas and Sophie Turner recently did a TikTok live, where he was asked about his favorite boy bands, the singer asked his wife his opinion on current bands and said, after trying to come up with more names:

Joe and Sophie talking about how incredible BTS are 😭💜

“There’s no one else, it’s just BTS” – @joejonas 😂 pic.twitter.com/nxgspLULbr

You may also like: Megan Thee Stallion and BTS could be preparing a second collaboration

Sophie Turner added her own opinion in naming the Jonas Brothers, the trio of brothers that Joe Jonas is a part of along with Nick Jonas and Kevin Jonas, but she added that she couldn’t choose them. The couple concluded their reply with BTS and Sophie Turner then praised the group by saying:

Previously too, the Jonas Brothers have enjoyed BTS’ music and worldwide fame, even attending their concert.

These interactions between the two groups have been full of praise and gratitude.