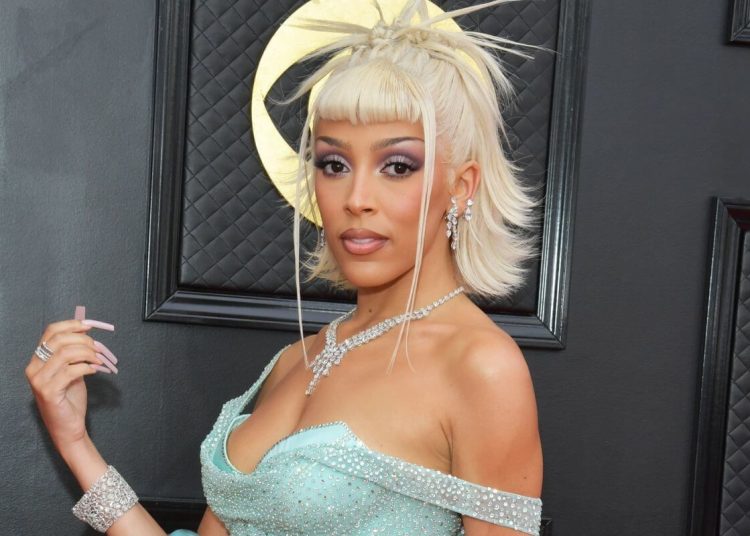 Few artists have the courage to shave their heads, but Doja Cat did it and even live-streamed the whole thing to fans during Instagram Live. Many were surprised, but she gave a simple justification: she doesn’t like having hair or even wigs.

“You’ve seen me wear my natural hair. I had, like, twice when my hair was down. I straightened it… There was a time when it was natural, and I didn’t even wear it natural because I’m not in the mood and it’s just a nightmare, man. I got through it“, Doja said.

“I’m really enjoying this“, Doja Cat said of the makeover. She claims she was so used to wearing wigs that she saw “no reason” to have hair.

“What’s the point of having hair if you’re not going to wear it? I don’t even wear them, so I’m shaving. It doesn’t make any sense. I’ve never felt so amazing“, she continued.

Doja Cat explaining why she decided to cut her hair down pic.twitter.com/W3EKawjUiU

You may also like: BTS’ Jimin drives fans crazy with response to Benny Blanco for his look inspired by the idol

The change doesn’t mean, however, that she will always appear with shaved hair, “my wigs will look nicer if I want to wear a wig“, she explained.

“If I want to do a different color, I can do any color without doing it on my own head“, she continued.

“I can do a short hair wig. It’s a lot easier anyway. And it’s too hot for this shit, even though it’s almost fall. That’s just better, it’s so much better“.

In the video, Doja Cat also decided to shave off her eyebrows and said her makeup artist was texting her freaking out.

BTS: V wants to make everyone jealous of his relationship with Jimin