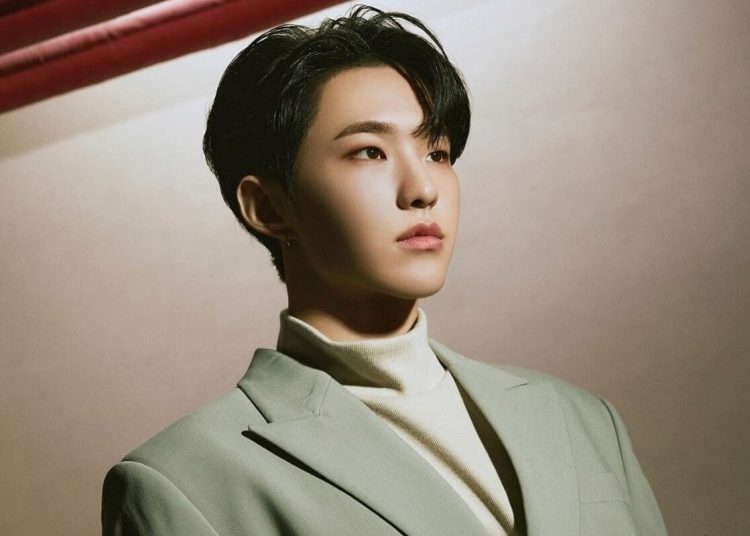 Seventeen‘s Hoshi sat down for an interview with a fashion magazine. During the interview, Hoshi was asked how he felt about the release of “Face the Sun” after the successful contract renewal of 13 members with the agency.

“I felt so grateful and happy that the 13 of us renewed our contract with our agency. We always said, ‘Let’s stay together as Seventeen,’ and talked a lot about our future hand in hand.

It was very awkward to talk to them about serious things, but facing it and talk about these things in detail, we grow closer and mature“, Hoshi replied.

“I was very touched when we released ‘Face the Sun.’ At that moment, I realized that we shouldn’t take each other for granted, but we really should take better care of ourselves“, he continued.

[TRANSLATION] "Asked how he started exercising, Hoshi replied, 'I first started when I'd tag along with labelmate Baekho [to the gym]. I started enjoying it as time went on."

You may also like: Find out the categories in which BTS could win at the VMAs 2022

The reporter then mentioned that 2,060,000 copies of Seventeen’s fourth studio album “Face the Sun” were sold in the first week of its release, and asked if he expected Seventeen to experience such success in its early days.

“No, I certainly didn’t expect it, but I dreamed it would happen. I always dream of our future, you know.

I don’t want to settle for the present and be satisfied with the result we have right now“, the idol replied.

“I want our fans to be proud to be our fans. It’s important that the members of Seventeen and I continue to work hard for better results and stick together, but I think that’s not the most important part here.

I think it’s crucial that our attitude does not change“.