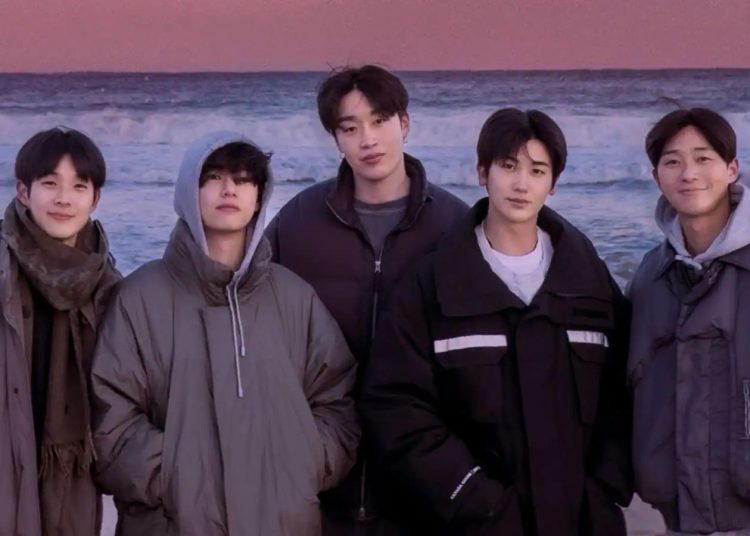 Find out details of Taehyung, Park Hyung Sik, and Peakboy’s OST for “In The Soop: Friendcation”

A new Taehyung OST song has arrived with the premiere of “In the soop: Friendcation”. On July 22, the show opened like a box of multiple surprises for fans of BTS and the Wooga Squad. The first of these is nothing less than the exciting intro by V with his friends Park Hyung Sik and Peakboy.

After a long wait, Chapter 1 of the “BTS in the soop” spin-off was broadcast on JTBC screens on Korean television. Kim Tae Hyung, Park Seo Joong, Park Hyung Sik, Peak Boy, and Choi Woo Shik, members of the famous friend group Wooga, bring the show to life with adventures during a winter vacation.

taehyung and hyungsik singing the in the soop: friendcation ost ?? pic.twitter.com/nojSORivbu

You may also like: BTS’ J-Hope on his ‘Jack in The Box’ album: ‘Being on the charts was never an option’

Although the OST is yet to be named and has not been fully released, the 30 seconds featured in the opening scene of “In the soop: Friendcation” was enough to fill fans with happiness. The theme is accompanied by fun scenes in which each member of the cast is introduced while their names are announced.

The program will premiere an episode every Friday from July 22nd. The JTBC channel will be in charge of the Korean television broadcast, while users of Disney Channel Korea will be able to enjoy the content in a slightly delayed premiere schedule.