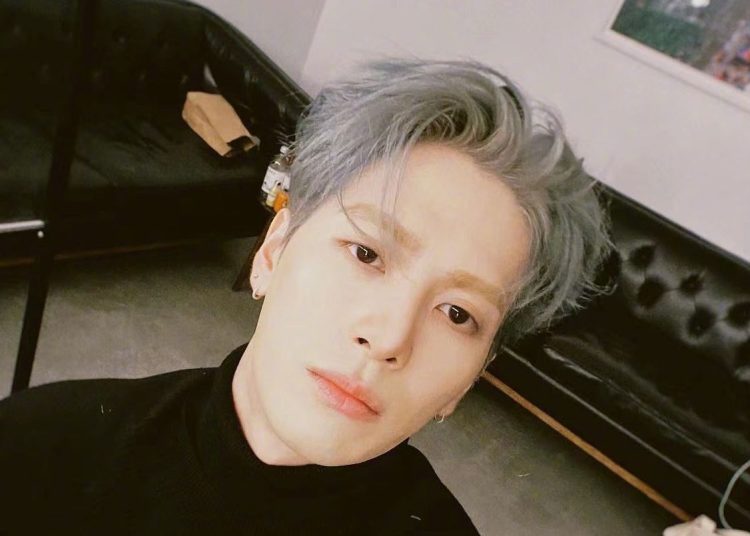 The GOT7 member is very popular for his amazing relationship with AHGASE, as his fans know each other. The Chinese idol recently traveled to Thailand to give a performance at THE MATCH Bangkok Century Cup 2022 opening show. And he not only dazzled with his talent, but also with his behavior showing his incredible human value.

You could also be interested in: BTS’ Jimin is caught having nice date with these handsome boys.

In social networks, several videos of Jackson went viral for the attitudes he had during the event, making internet users laugh. One of them was while in the middle of the award ceremony, he approached the manager of the British soccer club Manchester United, Erik Ten Hag, to take confetti from his head.

Jackson Wang became the real star of the night, earning praise for his treatment of all the fans, caring for their well-being at all times, even going out in the rain to greet them and ask them to please protect themselves as they could get sick.

Even in the rain he keeps asking the fans to get home safe?#JacksonWangXTheMATCH
pic.twitter.com/wVXcRMKjjZ

But that wasn’t Wang’s highlight, it was the way he reacted when an Ahgase boy shyly approached him to hand him a letter. The “Pretty Please” performer was in his seat when the boy approached him, Wang not only accepted it, but gave the boy a sweet kiss on the head and as soon as the boy left, he read the letter and burst into a smile.

the way this little boy has a deep satisfaction and pride… and Jackson's pretty smile in the end ???#JacksonWang @JacksonWang852 pic.twitter.com/unet0sJ0GC

In another clip, it is exposed how truly gentlemanly the young man is, as while leaving the stage with rapper MILLI, he helped her so that her dress wouldn’t get through and could fall off, taking care of the girl’s well-being. All GOT7 fans are very proud of Jackson for his incredible human value.