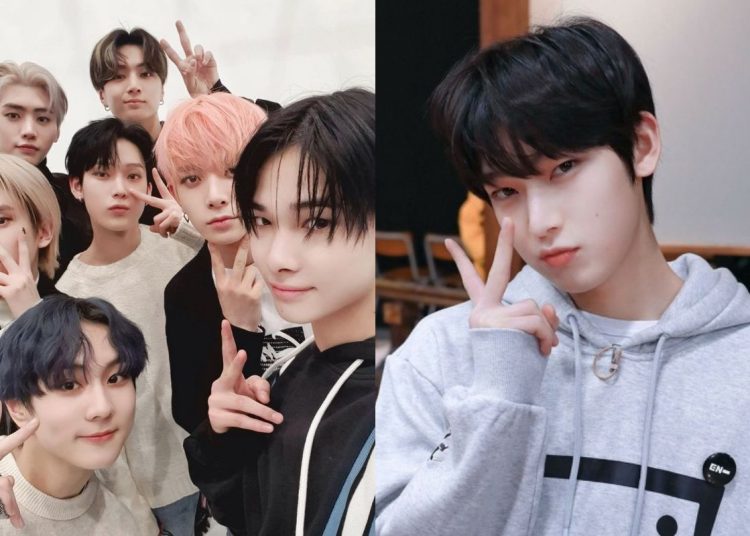 The K-Pop industry has been so demanding when it comes to physical appearance that they force idols to adhere to certain diets and exercise to meet the standard. These demands have led everyone to believe in these false ideals of beauty so much so that fans or group mates have come to shame artists who do not conform to the “standard.

However, the case of Enhypen‘s Sunoo being teased for his look and weight by his group mates, fans have been disappointed and demand apologies. Although Sunoo fits the slim standard, for the other members of Enhypen, his chubby cheeks have often been a point of contention as well as her weight.

The boy group was recently criticized after Sunoo revealed that they made jokes calling him “boar” or “elephant“. Soon after, on Wednesday, July 13th, Enhypen was trending again for body shaming the idol another time in an online chat.

enhypen recently “body shamed” sunoo and i believed those out of context proof😭😭 i just watched this video tjay cleared it pic.twitter.com/j5gySGgIk5

You may also like: Aespa’s Winter may be dating BTS’ Taehyung, says Sojang

Sunghoon read a comment left by a fan, translated as, “Sunoo’s face looks thin (a Korean phrase meaning to lose weight in the face due to tiredness).” Sunoo said no, while Ni-ki, Sunghoon and Jay laughed and said no as well. Sunoo then replied, “Ha ha, how funny“, and everyone laughed.

The situation made its way to Twitter where fans pointed out that even though Sunoo was laughing, the boys were bullying him again. However, the fanbase that translated it later clarified that there was a misunderstanding. Many claim that even if it was a translation mistake, the comment should not have been read, and Sunoo deserves an apology for the previous comments.