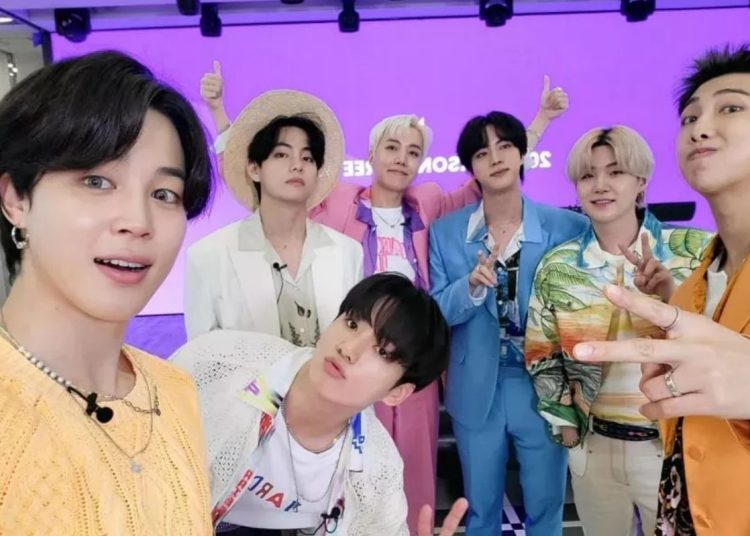 Google celebrates BTS’ anniversary with a special gift to ARMY. Check out

Thousands celebrate the ARMY anniversary in 2022 and Google is no exception. From July 9th (KST), BTS fans can enjoy a special effect in their browser that brings together the voices of the Bangtan members with the famous phrase “I purple you” and more details related to the fandom.

The K-Pop septet began its history on June 13th, 2013. Less than a month later, they baptized their followers as ARMY. As of 2022, the fandom adds thousands of members and celebrates the ninth anniversary of its founding. Events, such as LED panels, in different cities accompany the purplest day of the year.

The Google effect for the ARMY anniversary is one of the celebrations that causes the greatest emotion on the special day. You can see the effect when you enter the browser and search for words related to the septet, such as “BTS“.

a gift for armys, if you search 'bts' on google purple balloons will appear and when you pop the heart balloons you can hear bts saying "I purple you" with special messages ? this is so adorable pic.twitter.com/0BfCKnf86L

You may also like: Aespa breaks great sales records with ‘Girls’

Once the results are thrown, the boyband information will appear on the right side of the screen along with a purple heart that has a microphone inside. When you press this icon, magic will happen: numerous balloons will fill the screen and can be popped with a click.

For added excitement, several of them will be heart-shaped, as the image shows. By clicking on them, they will allow you to hear each of the K-pop idols saying “I purple you”. Their respective microphones and a personal message from them with their colors will also appear on the screen.

As you squeeze the balloons with microphones, the latter accumulate at the bottom of the screen. They also reveal drawings made by BTS members