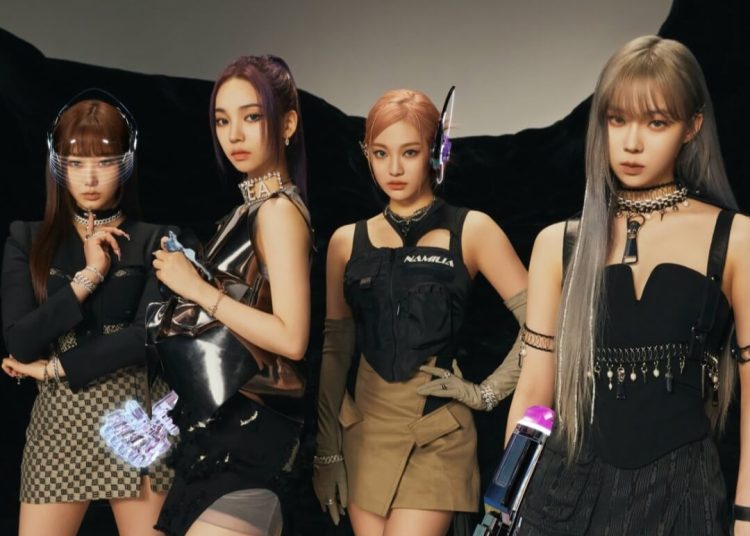 Aespa released their second mini-album “Girls” with a title track of the same name. Ahead of the group’s long-awaited comeback on July 8th, SM Entertainment officially announced that as of July 7th, aespa’s second mini album “Girls” has amassed an impressive total of 1,610,517 pre-orders.

With this latest figure, aespa has set a new record for the most pre-orders made by a girl group in history, breaking the previous record of 1,028,888 set by BLACKPINK‘s “THE ALBUM” in 2020.

On July 8th, the album was released with another intriguing music video for the title track. It wasn’t long before ‘Girls’ charted on music charts around the world and hit #1 on the iTunes World Albums Chart. It topped the iTunes Top Albums chart in 13 regions.

You may also like: Shawn Mendes postpones tour shows indefinitely ‘I hit a breaking point’

According to the latest update, the band’s second mini album totaled 806,891 copies sold on the first day of its release on Hanteo. With this, the group set a new record, not only for themselves but for all K-Pop girl groups by becoming the highest first-day sales in Hanteo history.

With this, ‘Girls’ officially became not only the group’s best-selling first-day album, but also the best-selling album among all K-Pop girl groups, breaking the record previously set by ‘THE ALBUM’ of BLACKPINK, which had 589,310 album sales on its first day of release.

Meanwhile, the aespa girls are currently in the United States where they performed at the Good Morning America concert cycle in Central Park, performing their songs “Girls”, “Life’s Too Short” (English version) and “Black Mamba“.