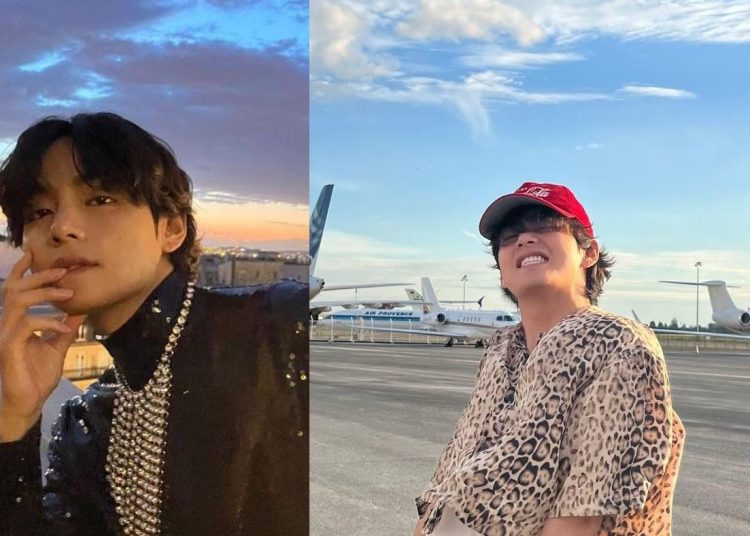 BTS’ V traveled together with Park Bo Gum after his participation in CELINE‘s fashion show in Paris. During his time there, V broke BTS’s rules after giving an autograph to a lucky fan, but it was upon his departure that he had to apologize to his fans for this reason.

Upon learning of his return from Paris, several BTS fans gathered at the Korean airport in hopes of receiving a warm greeting from V; however, the idol did not have time to be seen by his female fans and got into his car once he crossed the gates.

You could also be interested in: BTS’ V and BLACKPINK’s Lisa are caught having fun at a gay bar in Paris.

Due to the wait for ARMY and the media, BTS’ V apologized to his fans through Weverse‘s platform, where he posted a message to everyone

“I’m sorry for getting in the car right away, you waited a lot.”

The singer also shared some photos of his trip and a beautiful starry night sky as a gift and apology, but his followers defended him on the networks by assuring that he traveled for 15 hours and was not obligated to meet with those who were waiting for him, as he could only roll down the window and peek his hand to greet them.

🐯 reporters and ARMYs, im sorry for getting in the car right away, you waited a lot right ? ive brought a present 🙋🏻‍♂️ pic.twitter.com/JmKBvu1Hxe