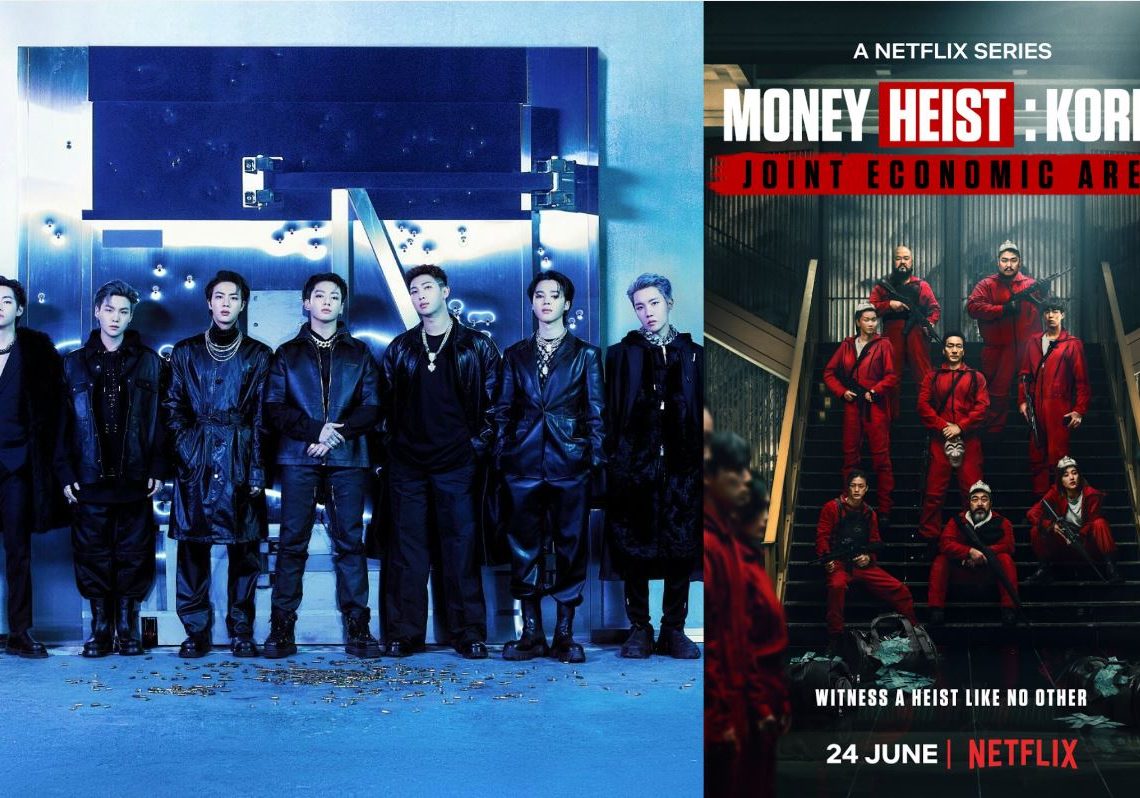 Despite the announcement of their temporary hiatus, BTS continues to surprise their fans with their promotional activities. This time, all the members will appear in Netflix’s new project, the remake of “Money Heist”.

The streaming platform has been betting on Asian content, especially Koreans, either with premieres or original productions. Now, one of Netflix‘s most successful Spanish series launched its Korean version, and BTS makes an appearance.

After its success, South Korea created the remake of “Money Heist“, which follows the same plot, a group of criminals who organize a large-scale heist. BTS, being one of the most influential K-Pop groups made a special appearance thanks to this project.

You could also be interested in: V of BTS was caught with this beautiful girl he met during his visit to Paris, France.

The series opens with the character “Tokyo“, who is in North Korea and dances to the rhythm of DNA by BTS, one of the first songs that positioned BTS in the spotlight of the U.S. market. It is one of their most popular hits.

Then, later on, the 7 boys can be seen in hologram form while promoting a fictional concert that would take place in North Korea, but we won’t tell you more, so go to Netflix now and discover all the boys’ participation.