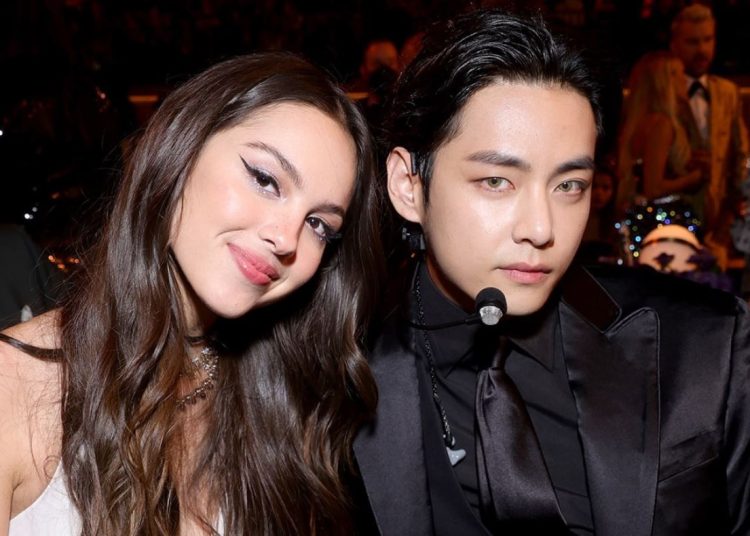 During the promotions of their album ‘PROOF‘ and special events for their ninth anniversary with FESTA 2022, the BTS guys decided to give individual interviews to talk about the moments that have caused them the most nerves in their career, and Taehyung surprised everyone by revealing that his interaction with Olivia Rodrigo was one of them.

It’s no secret to anyone that the most viral moment of the 2022 GRAMMYs was the “flirting” Olivia Rodrigo had with Kim Taehyung. The 26-year-old became a worldwide trend just like Olivia, creating tension between the two fandoms over that moment at the ceremony.

Going back to the interview, the idol was questioned about the headlines he made because of the innocent interaction, to which the boy answered that it was not something he planned, but an idea that the staff had hours before giving the performance, so he didn’t even know who the celebrity he had to interact with was going to be, meaning it could have been anyone.

You could also be interested in: BTS: Jungkook’s alleged “missing” son goes viral and shocked everyone.

V then said that he decided to interact with Olivia by whispering in her ear, but that at the moment he felt a lot of tension and couldn’t even think of a phrase, so he just said “BLA BLA BLA BLA BLA“. The “Yet To Come” singer also revealed that he was inspired by the movie “Now You See Me” to fool people, as everyone thought he said something to Olivia.