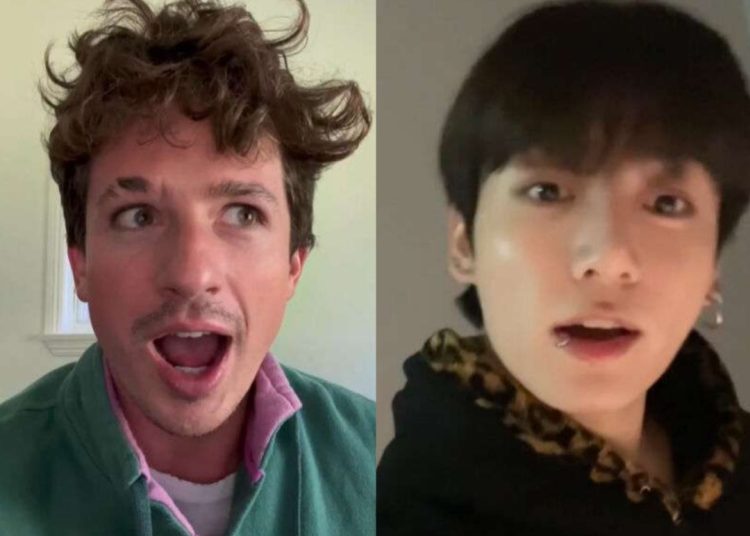 Charlie Puth confirmed last Thursday night, June 17th, that BTS‘ Jungkook is featured in his upcoming song “Left and Right“. ARMY has already been speculating about the partnership, which is already up for pre-sale.

The news was released through a video in which Charlie Puth asks Jungkook to sing a few snippets of the song during a phone call. According to the American singer, “Left and Right” will be released on June 24th if it reaches 500,000 sales.

What if Jungkook sang Left and Right with me? Pre-save link in bio. pic.twitter.com/cM77n5D9Ly

It is worth remembering that, during an interview with the North American radio station KIIS-FM on June 5th, the singer, composer and music producer accidentally revealed the collaboration. Therefore, the news comes on the heels of BTS’ hiatus announcement.

This isn’t the first time the names of the artists have been linked. In 2018, at the MBC Plus X Genie Music Awards in South Korea, BTS performed with Charlie Puth. Furthermore, Jungkook has already spoken openly about admiring his colleague’s productions.

BTS’ V reveals how he felt after losing the Grammy Award