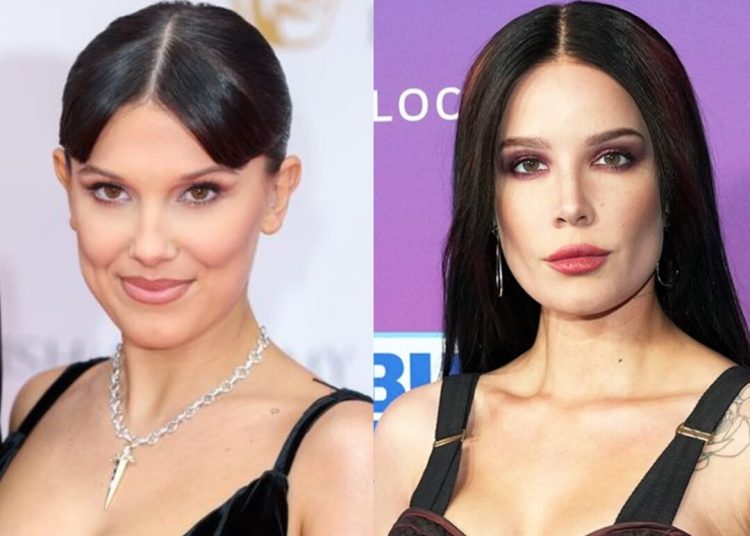 You may have never noticed the resemblance, but many people think that actress Millie Bobby Brown looks like singer Halsey. Last Monday, June 13th, during an appearance on “The Tonight Show” with Jimmy Fallon, the pop artist revealed that, if she won a biopic, she would like the “Stranger Things” star to play her.

“Millie would be so great. It’s kind of uncanny how much we look alike.”

Later, Millie shared in a story the excerpt from the interview where she quoted her, stating that she would play the owner of the hit “Without Me”. Now we just need a studio to develop the project, right?

You may also like: Britney Spears fires her security staff for trying to sabotage her wedding

In other news, after falling out with her record label, Halsey released her new single last Thursday, June 9th. Entitled “So Good”, the track is now available on audio platforms and the video dropped the next day.

The new song comes after the singer vented about the difficulties she had with her label, which was looking for hits with viral potential on TikTok. With that, of course, many artists also complained about record company demands for new releases.