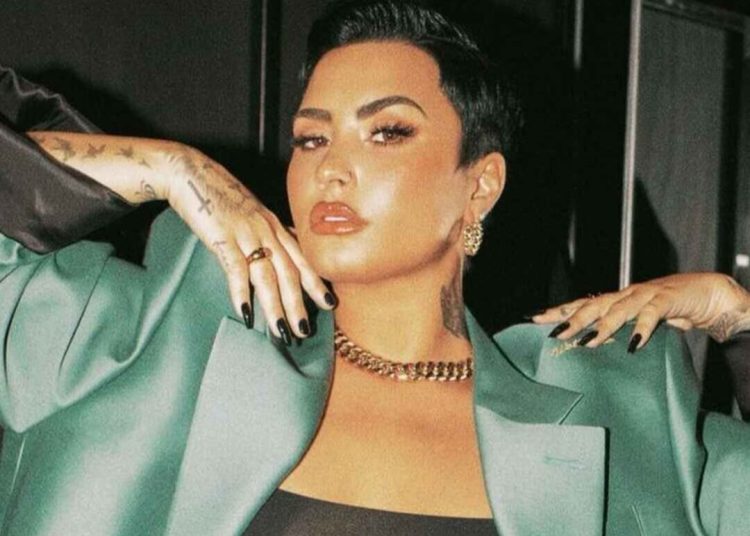 Demi Lovato launched this Friday, June 10th, on the main digital platforms, her most recent single. Entitled “Skin Of My Teeth”. Announced at the end of May, the song arrives surrounded by fan expectations and marks the artist’s first release in about a year.

Then, at 1 am, the singer released the official clip for “Skin Of My Teeth”. In the video, she definitely appears provocative in a bathtub, powerful as she sports a gothic look and plays the guitar.

Demi Lovato started her career flirting with rock. Later, she released more danceable and radio songs. From the looks of it, she never outgrew her taste for guitars and heavier music. The fans, by the way, are also in favor of the change; most think it will be a positive change in her career.

You may also like: Justin Bieber shows his facial paralysis on video and explains his syndrome

On the cover, she appears leaning on a cross in a costume that gives the impression of being tied up. The release date is set for August 19th this year. For the most eager fans, physical copies on CD and vinyl are now available for pre-sale on the singer’s official website.

Find out why Camila Cabello was afraid of herself