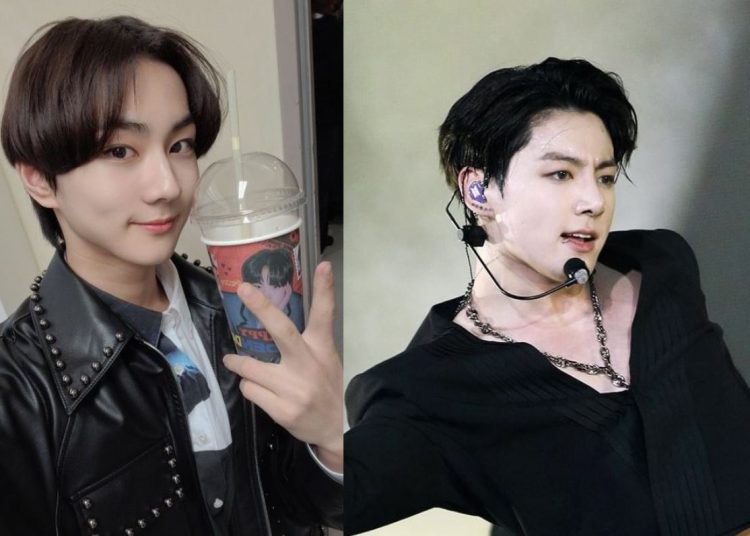 Without a doubt, BTS’ Jungkook is the role to follow for millions of young people around the world, even among idols who are just entering the music industry, and this is the case of Jungwon, the leader of the group ENHYPEN.

Jungwon whenever he gets the chance, he wastes no time in confessing his deep love and admiration for the maknae of BTS, and this time it was during an interview. He was asked who was his role model, and without even blinking an eye, the 18-year-old replied that the person he admires the most is Jungkook.

It’s not the first time he mentioned it as he really feels a great love and admiration for the BTS member. The boy has even mentioned that he studies Jungkook on stage as he can change from a happy and familiar vibe to an intimidating and powerful one in a matter of seconds.

You could also be interested in: BTS: RM, J-Hope and Suga thrill with amazing new photos in the United States.

For Jungwon, Jungkook is perfect in everything. Undoubtedly, the 24-year-old has become the hero of idols, as he is the main role model for future generations of idols, proving his great influence in the KPOP industry.

BTS’ Jungkook reveals he doesn’t have Jin registered on his phone. Find out why