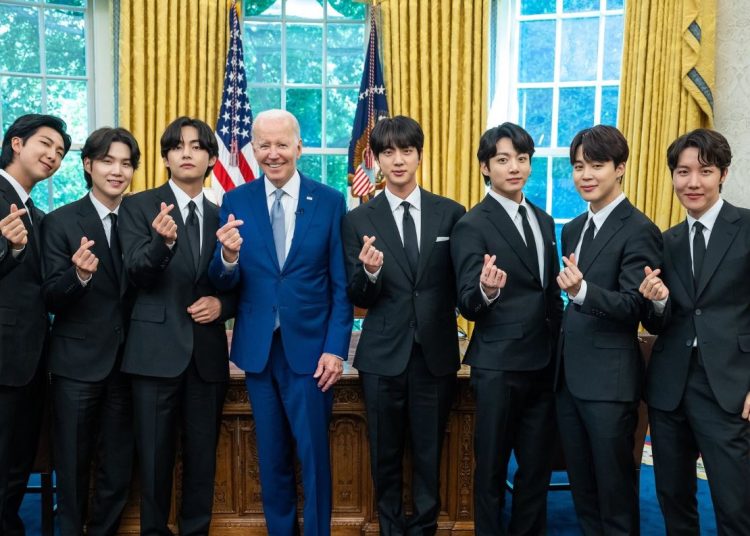 “It’s an important month here in the United States, many of our Asian American friends has been subjected to strong discrimination. Hate just hides. When good people talk about it and say how bad it (the harassment) is their level goes down, so thank you very much,” Joe Biden said.

As part of Asian American and Native Hawaiian/Pacific Islander Heritage (AANHPI) Month, members of BTS met with the U.S. president and RM took the floor to thank him for creating the COVID-19 hate crimes law.

It was great to meet with you, @bts_bighit. Thanks for all you’re doing to raise awareness around the rise in anti-Asian hate crimes and discrimination.

I look forward to sharing more of our conversation soon. pic.twitter.com/LnczTpT2aL

Meanwhile, Biden, 79, thanked BTS for taking a stand against segregation, marginalization and exclusion. “People take a lot of notice of what you say and what you BTS do is good for the whole world. It’s not just your great talent but the message you are carrying, that matters,” he said.

You could also be ineterested in: The dancer who made ARMY fall in love and sparked the jealousy of BTS members.

On their official accounts, both BTS and Biden shared a photo together, which became trending on digital platforms, as the U.

S. president made the so-called “finger heart,” which is the sign where fingers are placed to simulate a heart, something that is very common among K-pop fans.

“Thank you for hosting us at the White House! It was a great honor to discuss important issues with the President of the United States this day.

We are very grateful to ARMY who made it all possible,” BTS posted on Twitter.