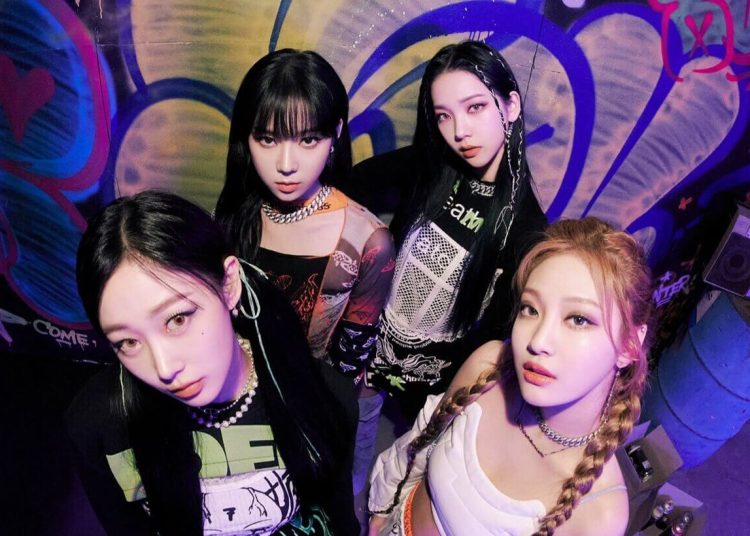 Aespa is ready to release their new mini-album, titled “Girls”. And the warm-up for work is already in full swing. This Wednesday, May 1st, the girl group released the first track of the work by surprise. The one chosen as lead-single was “Illusion”, already available on platforms.

The song premiered this morning on digital platforms and also won a lyric video, posted on the official aespa channel on YouTube. Anyone who is excited for the girls’ return can celebrate, as “Girls” will be released very soon, more precisely on July 8th.

In the new theme the members present powerful voices, in a more mature and experimental electronic way. It should be remembered that aespa made history by taking the stage at Coachella 2022, which took place in April in the United States, becoming the first female K-Pop group to perform on the festival’s main stage.

To the delight of fans, the girls reprise the previously unreleased song “Life’s Too Short”, which will be on the mini album’s track list. The work has nine tracks. Some sung also in English. Verify:

Aespa has been in the business for less than two yearths, since its debut with the release of “Black Mamba”, in November 2020. Now, we only have to wait until July 8, when aespa is once again the center of attention with its second mini-album, “Girls”.

BTS’ V shocks on Instagram with intense flirting with a fan