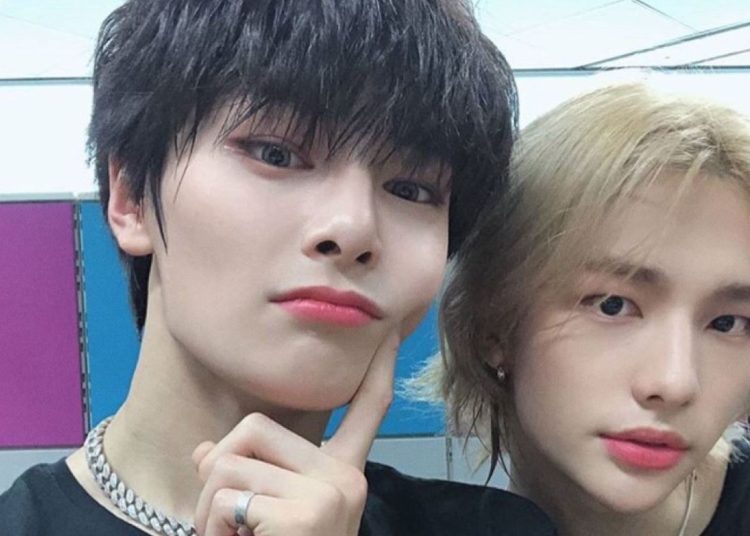 On the most recent episode of Stray Kids‘ YouTube series ‘2 Kids Room‘, Hyunjin and I.N sat in front of the camera to talk about their friendship. Even the other members talked about how close the two are, explaining that Hyunjin and I.

N became so close because they went to the same high school.

So they spent every day walking to school together, often arguing and eating together, and ended up becoming incredibly close friends. But even though the two are incredibly close, I.N actually surprised Hyunjin by talking about something Hyunjin wasn’t aware of.
C

Hyunjin first tells I.N that he’s “not that sentimental.” Which is a feeling that Seungmin and Han also agree with, believing that their maknae is more logical than emotional. But the maknae is quick to refute Hyunjin’s assumption. Sharing that he is “actually a very sentimental person.”

You could also be interested in: BTS’ Jimin reveals that this is the only girl who will ever steal his heart.

But he understands that others assume that he is more logical since he does not like to express his emotions. He explained that he often tends to listen to music alone and look out over the river, he just doesn’t talk to others about those moments.

And while Hyunjin is still trying to process, I.

N shared that “I actually like to go for walks alone. And have time to think by myself.”

Which, of course, Hyunjin relates to. And Hyunjin is certainly surprised that I.N is a more sentimental and emotional person.

But he realizes that it actually makes sense for I.N to hide his emotional aspects. Hyunjin shares that he has the ability to sense when his friend is feeling upset.

And that he relates to I.N because they are both easily hurt. But, even though Hyunjin knows when he feels bad, he doesn’t approach him because it might make him feel uncomfortable. However, now that he understands how sentimental his friend is, Hyunjin advises him not to get hurt easily and to lean on others when he is going through a difficult time.

Adele decided to go back to therapy: she has stage fright

BTS: Jin motivates and cares for J-Hope while he recovers