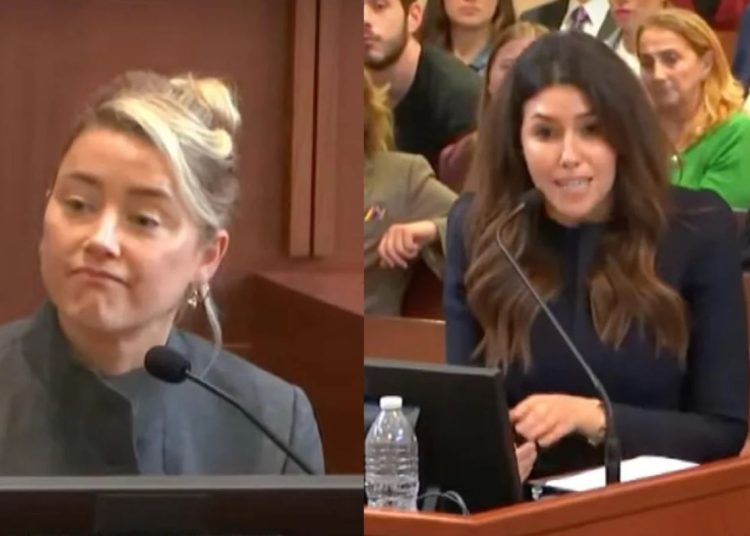 Johnny Depp’s lawyer, Camille Vazquez, has put Amber Heard to the wall after questioning with hard evidence the actress’ alleged testimony that James Franco only helped her get out of Depp’s abuse in front of her.

Camile Vazquez has asked the actress why she then “felt comfortable having James Franco in the penthouse on the night of May 22, 2016” insinuating that the panic she had said she suffered at the time was not real.

Amber Heard responded to Vasquez by asserting that she didn’t remember what day James Franco had gone to the apartment. And that’s when Depp’s lawyer said “okay, let’s remind her” and played a recording of the building’s elevator surveillance camera. In this video, dated May 22, 2016, Heard and Franco are seen going up to the actress’s penthouse. The amazing thing about this? Amber was still with Johnny at the time.

You could also be interested in: The answer given by the detective hired by Amber Heard to spy on Johnny Depp.

During cross-examination yesterday, the lawyer pressed Heard on several points until she got her to talk, including her claim that drugs and alcohol turned Depp into a “monster” who would become violent with her.

“Who was the real monster in this relationship, Ms. Heard?” asked Vasquez to the actress, to which she responded:

“It’s half of Johnny. It’s not all Johnny,” Heard replied. “The other half of him is wonderful and beautiful and the man I loved.”

Johnny Depp’s lawyer has now become the center of attention in the legal trial, as immediately after her questioning of the Aquaman actress, social media has been all over her after pushing Depp’s ex-wife to the maximum point about the relationship she had with James Franco while she was still married to Johnny.