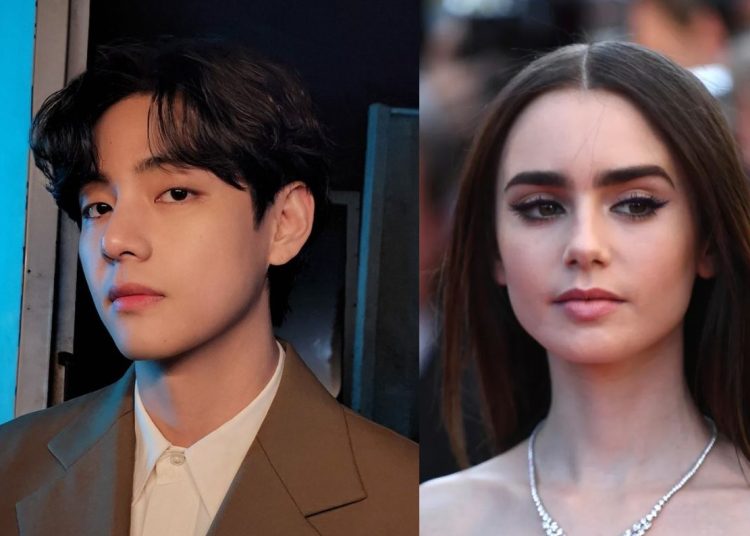 The BTS member revealed that he has a crush on actress Lily Collins, meaning he is in love with her, attracted to her, causing ARMY fandom’s envy towards the beautiful British-American actress.

But sadly V‘s heart has been broken and all because of one of his best friends who has had a real chance to hang out with Lily Collins, something ARMY reacted strongly to.

Bangtan member Taehyung has also been a victim of her “bad luck“, as her crush is popular actress Lily Collins and she already worked with Choi Woo Shik, one of her actor friends and one of V’s best friends, who always looks for a chance to show off in front of Tae.

You could also be interested in: BLACKPINK’s Lisa astonishes with her perfect and unrealistic proportions.

Both celebrities worked together in the movie “Okja,” which can be watched on Netflix today. On social media, ARMY has shared several clips of their scenes together and they joked about V’s reaction, as they know that she is the girl he likes and thus imagined a scene where the idol might feel jealous and warn his best friend to stay away from Lily.