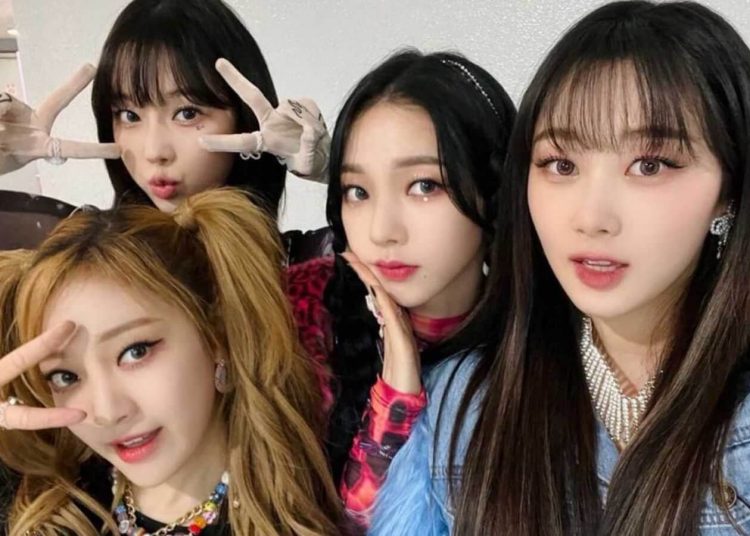 After their successful presentation at Coachella 2022, the members of aespa were seen at the Los Angeles airport on the afternoon of April 24th heading to their native country to start with other activities such as their participation in the Kyungbock School for Boys. However, it did not turn out as expected.

According to what was stated, aespa were not taken care of during the presentation, after their show the students went up on stage to take a photo with the girls and it is mentioned that they harassed them through improper touching.

Part of the student etiquette was controversial when he appeared at the school festival of aespa and Kyungbock High School. Some students shoot on the road (forced to take a selfie… #aespa
⇒Read More: https://t.co/LOWm2Oqkby pic.twitter.com/ExbU6XuWpf

Given this, the manager tried to protect them, preventing them from invading their personal space. Similarly, messages have been found from the students who, apparently, are selling the videos of the show on the internet, despite the fact that it was a private event, as mentioned by the AESFORMATION account.

On this page they expose the messages that indicate that they would send them on Instagram. Following complaints from aespa fans, Kyungbock Boys’ High School issued a statement apologizing to aespa and SM Entertainment.

You may also like: Girls’ Generation’s Hyoyeon announces solo comeback

“However, after the event there were reports and events that unilaterally damaged the reputation of both aespa and SM Entertainment, for which we would like to apologize first”, wrote science department staff Kim Jeong Ryul.

Kyungbock High School made an official statement with an apology directed to SM and aespa on the bulletin board of their webside.

According to the South Korean News1 article, this release was removed during the afternoon of May 2nd (KST).

It is a tradition for SM Entertainment company groups to hold performances at Kyungbock School because it is where the company founder, Lee Soo Man, graduated. Given this, artists such as Girls’ Generation, Red Velvet, NCT 127 and NCT Dream have appeared.