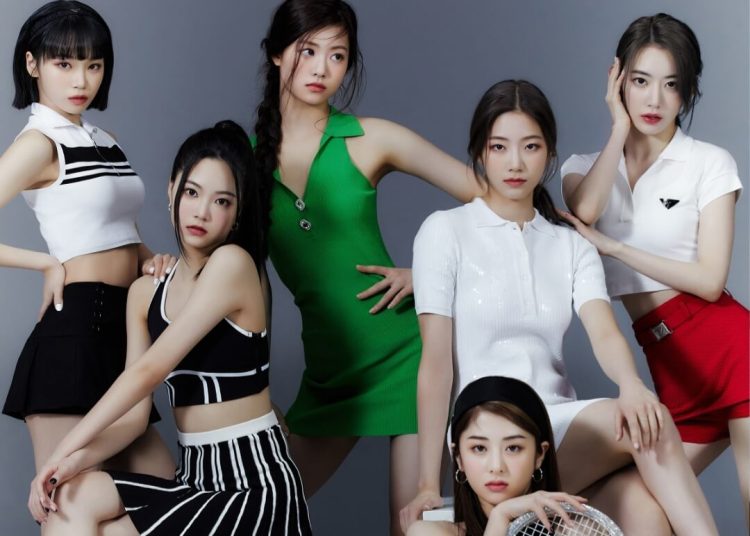 According to album distributor YG PLUS, pre-orders for LE SSERAFIM’s first mini album “FEARLESS” exceeded 270,000 copies as of the 20th. This is the number of domestic and foreign pre-orders for 7 days from the 13th, the date the pre-order started.

LE SSERAFIM is attracting the attention of global K-pop fans. The total number of views of the group’s two teaser videos exceeded 4 million views. Pre-order volume for ‘FEARLESS’ is not expected to be difficult to exceed 300,000 copies.

On the 21st, Source Music citing the music distribution company YG Plus, made this statement and predicted that “LE SSERAFIM debut album will sell over 300,000 copies soon.”

You may also like: ARMY discover possible subunits for BTS’ next album

LE SSERAFIM is an anagrammed name of ‘IM FEARLESS’, implying self-confidence and a strong will to move forward fearlessly, uninfluenced by the gaze of the world. Bang Shi-hyuk and creative director Kim Seong-hyun helped produce LE SSERAFIM’s debut album.

Meanwhile, LE SSERAFIM will be releasing their first mini album “FEARLESS” at 6 p.m. m. KST on May 2 and will host an online and offline Showcase at 8 p.m. m. The same day. The group is made up of six members: Miyawaki Sakura, Kim Chaewon, Huh Yunjin, Kazuha, Kim Garam, and Hong Eunchae.

Come to think of it lesserafim will be the first group ever to earn 100k sales and more for the first time in source music, wouldn't this be history ??@le_sserafim #LE_SSERAFIM pic.twitter.com/uYu7N0qGwd