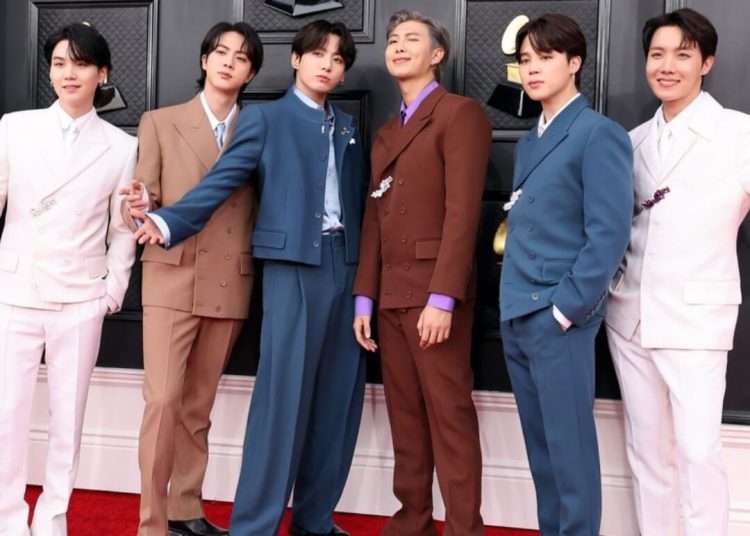 Day 2 of “PTD Las Vegas” was a resounding success, but, unlike it, the respective after party has caused controversy. BTS fans who attended the official BIGHIT event accuse the DJs in charge of the show of lack of professionalism.

As part of the “PTD” experience, the Bangtan company has promoted numerous activities related to the concert in the US. One of these is “Party in the city”, a party that takes place at the Jewel Nightclub on the same days as “PTD”, from 10:30 p.m. m.

Attendees of the second date claimed that the DJs seemed to be unfamiliar with BTS’ music. A fan detailed that they played mostly Japanese versions of the group’s tracks instead of Korean ones, and that they even played songs by other artists.

The accusations increased when a video began to spread in which Angie Vee, one of the two D2 DJs. Where the words of this widely known figure in Hollywood, as well as her attitude, created controversy.

“Wow! That was an event… Let me tell you: 90%, 95% BTS songs. I played a total of maybe five non-BTS songs tonight. It was an experience”, she was heard saying at the exit of the after party.

Another attendee pointed out that the other DJ did not play songs from the South Korean boy band for more than half an hour and that, when the public cheered for the music of his idols, he would have mocked.

“It was a huge lack of respect. We paid a lot of money to be there just to be laughed at”, he wrote on Twitter. He attached a video of fans displaying BTS’ name on their cell phones.

The DJ at the PTD after party initially didn’t seem to know much about BTS cause they kept playing the Japanese versions of all the songs or just replayed my universe and Boy with Luv, or played Jb’s stay when we asked for stay so Army just started ? pic.twitter.com/kFw7IminVI

According to another ARMY, the artist responded with a “GFY” (“go f**k yourself”) when she asked for a song from her idols. This fan later left the place, according to witnesses.

As a consequence, ARMY raise their voices against JEWEL Nightclub in the hope that the organizers will carefully evaluate which DJ they will hire so that the uncomfortable moments are not repeated on days 3 and 4 of the after party.