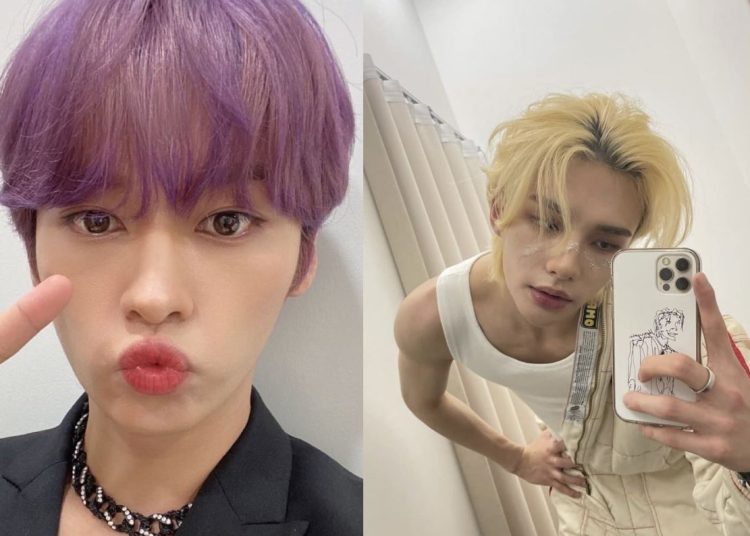 Lee Know is an extremely talented dancer. He continues to prove this fact with every Stray Kids comeback. He just keeps getting better and better. With his promotions for “MANIAC,” Stray Kids has received attention for everything from its live quality to its debut at #1 on the Billboard 200.

Their choreography features thoughtful moves that fit the concept. One move in particular has drawn attention for teamwork. Lee Know and Hyunjin work as a pair to achieve this choreography. Hyunjin is on his knees while Lee Know puts his arms around his partner’s back.

This section was already a source of interest because of the intense eye contact Lee Know has given Hyunjin during this close moment. However, Lee Know decided to put a twist on the original choreography during his recent stint at Music Bank. Instead of placing his hands on Hyunjin’s middle back, he places them on Hyunjin’s butt.

You could also be interested in: BTS’ Jin praised for his professionalism after performing injured in the United States.

He did it again during Stray Kids’ Inkigayo performance. Even with the pranks, Lee Know proves that he has the talent to nail the choreography with utter perfection. Hyunjin also gets praise for barely reacting to the change in hand placement. These guys are pros.