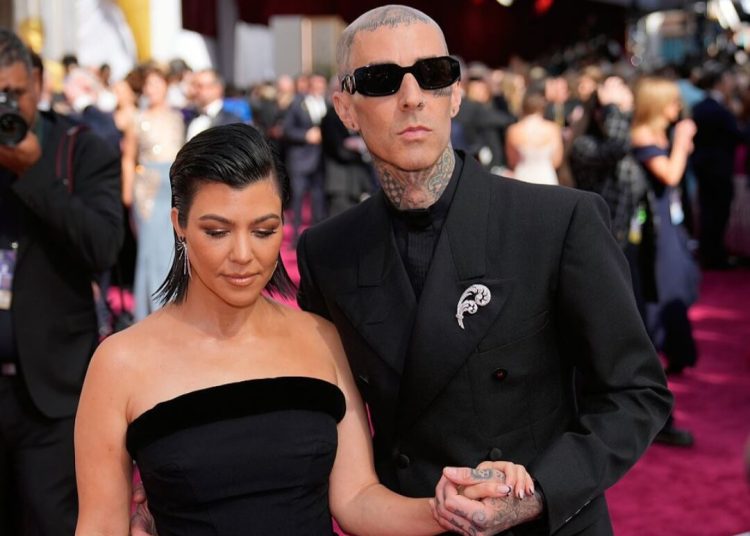 After much speculation about Kourtney Kardashian’s marriage to Travis Barker, the socialite confirmed this Wednesday, April 6th, on her Instagram account that she did have a wedding ceremony in Las Vegas, however this was just for fun, so that she and the musician are not legally married.

“Once upon a time in a land far, far away (Las Vegas) at 2am, after an epic night and a little tequila, a queen and her handsome king ventured out to the only open chapel with an Elvis and got married (with no license). Practice makes perfect“, Kardashian wrote in networks.

“Practice makes perfect.” So Kourtney Kardashian and Travis Barker’s Vegas wedding may not have been exactly *official*… but they still took plenty of pics! 💒💘
(📷: Instagram) #Kravis pic.twitter.com/bIXpQRL8He

The couple requested an Elvis impersonator to official the ceremony, and chapel owner Marty Frierson revealed to The Associated Press that he posed as a “witness” when the small group arrived after the Grammys on Sunday, April 3rd, accompanied by security personnel and his own photographer.

The rumor about the alleged marriage spread last Tuesday, April 4th, but no marriage license was found and the couple did not respond to speculation created by fans seeking comment. Frierson for his part faced the swarm of journalists that same day.

You may also like: Camila Cabello vents about how body shaming has affected her mental health

“They came and got married and paid for it“, he said of the ceremony at his Las Vegas business. He added that it cost $600 and lastTravis Barkered about 30 minutes.

“I’m not going to show you the paperwork“, Frierson added.

“They came with a white envelope. They paid“, the small business owner finally said.