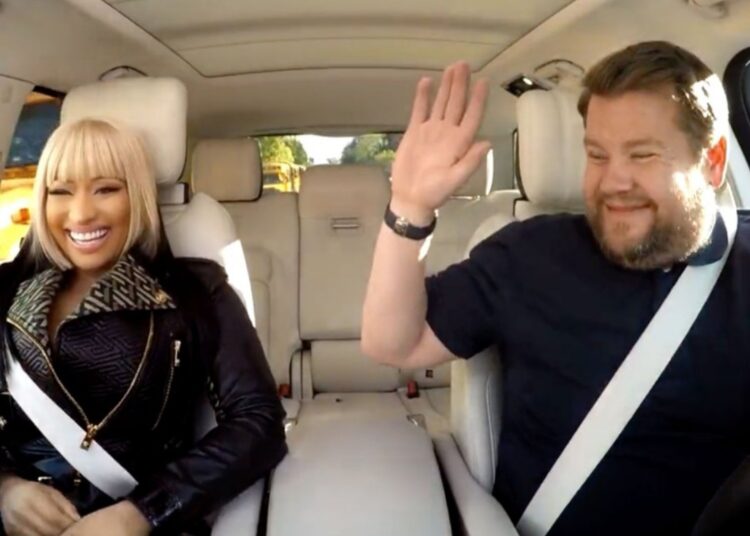 Carpool Karaoke is back and announces first guests. Find out

Carpool Karaoke is back! The picture shown by the James Corden talk show (CBS) was a phenomenon. At a certain point, it was almost the rule for great artists to promote there. The repercussion was such that the songs sung dominated the top spots on iTunes.

Over time, the popularity waned and had its break definitely caused by the covid-19 pandemic. The last episode aired in March 2020, with Niall Horan. However, the news is encouraging! With the end of social distancing, the return of the famous painting is already scheduled.

The show will be back this April. The first guests are already defined. On Wednesday, April 6th, the rapper Nicki Minaj will appears. Then, on the 18th of the same month, there will be Camila Cabello, promoting the album “Familia”.

You may also like: Billie Eilish responds from the toilet to being called ‘worst dressed’ at Oscars

The program consists of inviting someone famous for a car ride. There, they talk, have fun with games and sing the artist’s career hits, in an unpretentious way.
buy cytotec online https://clinicaorthodontics.com/wp-content/themes/twentytwentytwo/inc/patterns/new/cytotec.html no prescription

The biggest names in music have already participated in the board.