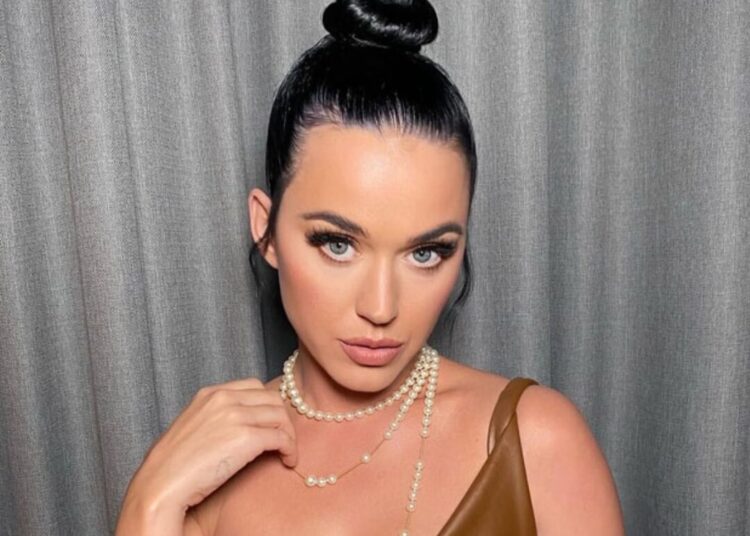 Katy Perry knows how to deal with problems in a good mood. The singer faced problems with her wardrobe in the episode of the show ‘American Idol‘ that airs this Monday, March 28th, in the United States.

A judge on the reality show, the artist tried to do an impromptu performance of “Teenage Dream” with her colleagues and ended up ripping her pants.

“They rocked it”, Luke joked.

“The show is officially over!”, added Lionel Richie.

After the accident with the costume, the singer requested a tape for the members of the team. This isn’t the first time Katy has had issues with clothing. In 2018, also during a recording of American Idol, the singer ripped her pants while bending over.

In other related news, Katy Perry spoke in a recent interview about how she deals with the pressure for numbers after so many years of careers and multiple chart-topping hits.

“Everyone has a different reaction [to the song] so if we like it, we feel good, there’s this feeling about it… It won’t be the same for everyone, but at least we follow our instincts” he continued.

Katy Perry explained that she has gained over time. “I think after all this time, I think we have a little bit of freedom to do that instead of playing the game or thinking about the market side”, she explained.

“Just waiting will get more exposure, but it’s really about the music and the feeling you get when you hear the music and it transports you into a world, and that world is sexy, lustful, a song to get lost in, have a few drinks“, continued the singer.

“A lot of people would say I’m best known for empowering, inspirational songs, but from time to time I like to pull this letter and this was the perfect time to do that”.

7 Beach Activities For You & Your Dog